Here’s Why Finance Sector will Lead the Blockchain Adoption 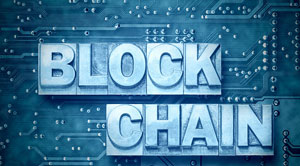 The finance sector is making strides in the adoption of blockchain technology. Ranging from supply chain to charity, healthcare to music, blockchain has left its mark on various industries. In spite of the existing and several emerging use cases, the finance sector has held its position at the top, leveraging the decentralized and immune nature of the blockchain network.

Why Finance Sector will lead:

Blockchain Originated as a Part of Financial Technology

The history of blockchain technology started with the origination of bitcoins. At its core, blockchain is an open, decentralized ledger that records transactions between two parties permanently, eliminating the need for third-party authentication. As blockchain came into existence solely for transactional processes, its structure allows further security for the finance sector to operate.

Blockchain was designed in a way to combat any attempt of unauthorized access or data tampering effectively. Hence, it offers supreme security which is paramount in the world of Finance.

Initiating an international payment through the traditional banking channel is complex and involves multiple entities. As a result, it requires time as well as an additional transaction charge. The transactions can proceed with utmost simplicity where the parties involved can easily access the data. Therefore, it facilitates cross-border transactions better than before.

Brings Accountability and Transparency in Finance

One of the prime advantages of using blockchain-based financial application is that it eliminates any middle man who is generally involved in conventional transaction methods. In this way, it also diminishes any chance of third-party errors or corruption that’s often a part of the concern.

The reasons mentioned above highlights the significant benefits of using blockchain in finance. There are several other reasons such as speeding up the transactions, better trade accuracy, and shorter settlements. The technology also provides improved identity management where the user can decide upon who is informed and how they choose to be identified after registering their identity on a blockchain platform.