High Time to Power Up Data Centers with Renewable Energy

High Time to Power Up Data Centers with Renewable Energy 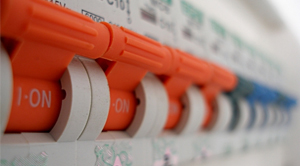 FREMONT, CA: There is more to the cloud than what is hyped. Rise in cloud adoption at personal and enterprise level has given rise to large energy consuming data centers. And so is the demand for data centers that run with lesser energy. It involves lesser investment, and is more efficient and healthy for the environment too.

For instance, one of the largest data center in Santa Clara at Silicon Valley called SC1 is about a quarter-mile long and the size of a Nimitz aircraft carrier, says Paul Hopkins, a Regional Vice President of DuPont Fabros Technology, the builders of this edifice. Microsoft and Facebook are the customers of this highly protect data center. This structure is still under construction and the employees use Razor scooters to get around noted Steve Henn on his visit to report for All Tech site.

SC1 has a half-million-gallon chilled water tank for cooling the machinery. If the air conditioning fails, it will take only 30 minutes to evaporate all that water, such is the heat emitted while storing data. It uses electricity that can light up around 57,000 homes.  "In one of these rooms here, we could fit 450 cabinets. Each cabinet has 30 to 50 servers — just a ton of computing power,” adds Hopkins.

The bigger the data center, bigger is the energy usage and higher the heat emitted. It is one of the serious consequences brought about by this raging technology.  Several studies on the energy consumption have surfaced in the past few years. Researchers at Greenpeace approximate that if the cloud were a country it would be one of the biggest consumers of electricity on the planet while New York Times puts it at 30 billion watts of power a year in 2012.

Corporates are also prompt to rope in much more energy efficient and environment friendly data centers. They are scouring for spots on the planet where they can use natural methods to keep the machinery cool. Like Facebook, who went as far as Arctic Circle to build their data centre and more recently they are building a wind powered one.

“Today, the energy bill accounts for more than half of the operating expenditure in a typical data centre in Singapore. We as an industry are one of the biggest contributors of the energy problem globally and we will continue to be one unless we look for ways to drive improved energy efficiency in our data centers,” says Keith Murray, Vice President for IT Business at Schneider Electric at 11th Annual FutureGov Forum Singapore.

There have been pioneers in this transformation too. Apple now runs its cloud on a mix of solar, hydro or wind and Google has successfully acquired a patent for containerized data center at the sea. It is not a far-fetched dream after all.

BBT: Ensuring connectivity to IT infrastructure in the Permian Basin