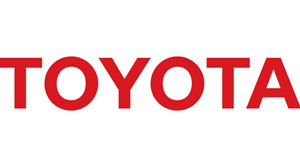 Holly Walters has been promoted as the Chief Information Officer and Group Vice President of Information Systems for Toyota Motor North America.

Fremont, CA: In her new role, Walters will monitor the company’s information systems, solutions, and technology.

Walters will directly report to Zack Hicks, chief digital officer and the executive vice president of digital transformation and mobility before Walters was president and CEO of Toyota Financial Savings Bank (TFSB). In this role, Walters monitored all of Toyota’s U.S. banking operations that provide a range of services to Toyota and Lexus dealers and the consumers as well.

Walters has also served as the vice president of information and digital systems for Toyota Financial Services (TFS), where her responsibility was towards the development and delivery of business capabilities to the company’s sales, servicing, originations, channel management, dealer lending, insurance, and transaction platform functions. Before that role, Walters served as the general manager, chief risk officer, and chief technology officer for TFSB. In that role, she was responsible for underwriting, credit, enterprise risk management, regulatory compliance, and information technology.

Walters joined Toyota in 2007 as TFSB chief technology officer, responsible for the technology strategy and implementation. Before joining Toyota, Walters held senior roles in the banking sector, focusing on the integration of technology and business operations, solution development and deployment, as well as the IT risk and compliance.

Her experience engulfs a spectrum of financial services products, including auto finance, mortgages, commercial lending, deposits, and credit cards. Walters secured a Bachelor of Arts degree in Economics and Business Administration from Muskingum College, New Concord, Ohio, and an MBA from The Ohio State University.