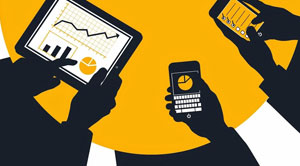 So, even after years, is the difference between a data scientist and a BI (business intelligence) and analyst role really difficult? Let’s first have a clear picture of the prevailing thoughts that have been confusing all.

Both do visualizations (Tools are just tools)

More than data scientists, BI analysts are a part of deploying visualization (or a few of them in a dashboard) in a 'production' environment to effectively share the insights found, in a clear manner. But, data scientists certainly share the same responsibility (conceptualize, design and build) of storytelling and visualization skills to share insights with colleagues across the company.

Since the domain is common, data has to be dealt by both. While, some may work with traditional data warehousing technologies, normalized tables, star schemas, and BI cubes, some are given to work with more distributed cloud-based storage technologies.

Both do programming (Coding is just coding)

From writing up scripts or SQL queries, loading a modeling library in python to perform and check ETL or knowledge in ‘R’ may typically exist in various parts of an analytics project pipeline, but, they all demand programming skills.

Building a strong foundation in statistics and having the ability to modify data from a raw state to a different format (data munging), the Data Analyst collects, processes and applies statistical algorithms to structured data. Usually and preferably, a Data Analyst runs queries that are compiled and directed by the company’s decision-makers. Ideally, the person fit for this role must hold a keen sense of programming, machine learning, and data visualization. A Data Scientist on the other hand deciphers what value does the data hold, and how much data is relevant for a company’s growth and hence, the future. A Data Scientist leverages the enterprise data warehouse currently in place to take a plunge into the data churning out from the EDW (basically, analyze new types of data stored in Hadoop like clusters and other big data systems). Besides reporting on data, Data Scientists also provide data-based business insights—taking analytics and data warehousing programs to the next level, unlike BI developers or Data Analysts.

Analyzing the Differences in Job Role and Responsibilities

For a BI engineer, it drills down to providing ad-hoc data analysis for businesses using BI tools like SAS, SPSS, Tableau, MS Office tools, Pentaho, etc in order to understand a business from more than one angle. Their main focus is providing management decision-making analysis from databases using the shelf tools.

A Data Scientist’s role in turn is as a grave role when some company’s data volume and velocity exceeds a certain level that requires more robust skills to sort through. They are expected to be statistically literate, capable of interpreting data running experiments and—most often—do modeling. Not limited to that, Data Scientists are also more likely to have strong business sense and the ability to communicate data-driven climaxes to business stakeholders. In case, business-critical problems are identified while analyzing/experimenting, they are first prioritized and then picked up for resolution. Hence, they perform a more strategic position as compared to other relative BI or analyst jobs.

Except in title, they both sound like they're pretty much identical, but they are NOT.