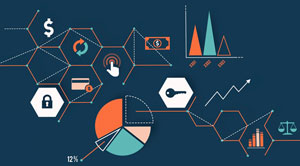 The government can use blockchain to increase the security related to personal details of the citizens by gaining their trust and offering transparency.

FREMONT, CA: The reformation that the internet has brought is similar to the one that blockchain carries. But the typical difference between the revolutionary technology is blockchain plays its role in the background, and the internet does it from the foreground.

Blockchain is used in the various industrial sector, and it is also possible to utilize it in the government services and public sector. It can be used to make the governmental offices secure, trustworthy, efficient, and speedy.

However, the digital government based on blockchain will be noticeable in every interaction with the public, which they will have with a decentralized system.

How Can Blockchain Change Government?

Today, the world is witnessing the hyper-connectivity giving birth to numerous data, and it also has brought valuable information about the economy. It shows how the economy is interacting and operating.

The trust that the citizens generally have on their government is low at this point, but it is necessary to change the emerging trend of this constant distrust.

The government, along with blockchain and its various features, can use this to solve the issue. The primary element of the blockchain is transparency, and the government can utilize that by permitting the citizens to view and verify the data. It will even allow people to conduct their verification of the claims made by the government.

Today data hacks and stolen identities have become a reality. As the government is the manager of the society, they have become the primary target of hackers all over the world.

Another feature of the blockchain-based solution, which is immutability, can help the government offices. It can make an entire nation block-proof. The blockchain data structure increases the strength of the network. It can be done by removing the chance of a single point of failure, and by continuously doing it, the system will become unhackable.