How Blockchain Technology and Artificial Intelligence Compliment Each Other 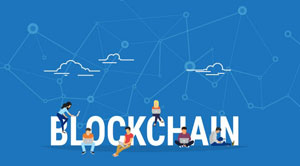 Blockchain and Artificial Intelligence seem like two different terms and domains. AI, simply put is the theory and practice of building machines that perform on intelligence. Meanwhile, blockchain is a filing system for digital information, stored in an encrypted, distributed ledger format. AI research is focused on creating computer systems that are capable of performing tasks that require human intelligence. Blockchain Technology, on the other hand, was developed to serve as distributed ledgers that facilitate applications and transactions.

However, these two domains overlap.  A new way to information and utilizing computer resources emerges when combined. Significant innovations in both the areas are possible by the fusion of these technologies. Here are a few benefits of AI and Blockchain fusion:

Check This Out: Top Blockchain Companies

AI made decisions can be tough for humans to comprehend. This is because AI is capable of assessing a large number of variables independently of each other. AI is expected to be used increasingly in the decision-making process in financial transactions and determine if those transactions are fraudulent and should be investigated.

Human interference would be required to audit the decisions for some time because the amount of data processed is enormous and it is a complex task. Blockchain can simplify the audit of the decisions with the confidence that the records are tamper proof.

Blockchain represents safety — the data held in it is highly secure because of the cryptography in the filing system. It means that blockchain is ideal for storing highly sensitive and personal data which can unlock valuable information if smartly processed. Even though data breaches are common, blockchain is safe because the databases are kept in an encrypted state, and only a private key must be kept safe.

AI can add to the security. An emerging field in AI is working on building algorithms which are capable of working with data while it is still encrypted. Reducing the incidents that expose the unencrypted data could help make things much safer.

Computers are brilliant at executing tasks, but they need explicit instructions on how to perform a task. Computers need processing power due to their encrypted nature. A hashing algorithm used to mine Bitcoin uses a brute force approach trying every combination of characters until it finds the one which fits to verify a transaction.

AI eliminates the brute force approach and manages tasks more intelligently. Similar to a human being, AI learns and a machine learning-powered mining algorithm would handle the situation in the same way. Instead of taking a lifetime to learn these skills, AI would learn it instantaneously if the right training data is fed into the system.