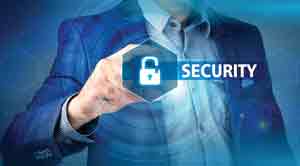 To order to implement the next-gen endpoint security approach, what capabilities a firm should be searching for?

FREMONT, CA: The rising digitalization is certainly benefiting the businesses. It is also, however, a significant cause of concern over data breaches. The legacy relies on antivirus and other tools for threat detection to avoid cyberattacks. It cannot, however, secure the vulnerable cloud perimeter and can't process and protect multiple endpoints in a boD community that is linked to the network.

The following are some of the next-generation endpoint security capabilities, which can help in picking the appropriate antivirus solution for the business.

The next-generation antivirus not only avoids all sorts of current cyber-attacks but can also implement policies of different endpoint types, speed up the development of preventive policy, and allocate threat intelligence from various sources. The first critical layer of the digital parameter is provided by the Next Gen antivirus.

EDR has the power to foil both cyber-attacks and digital hazards. Rather than prevention, its guiding principles are identification and remediation.

In fact, EDR can identify block risks during the pre-execution phase, investigate detected threats through analytics, and provide a standardized incident response interface. It also draws threat intelligence and provides IT teams with security alerts to potential threats.

A sandbox acts as an isolated and secure digital environment, which imitates perfectly the enterprise's typical and end-user operating system. The sandbox runs codes and executable files, which is similar to the normal OS. Its replicated structure and isolation often prohibit modifications to the enterprise's actual databases or servers.

Sandboxing allows IT security teams, to experiment with unfamiliar codes or data in a safe environment, and observe these programs' behavior and evaluate their intentions. Sandboxing repels zero-day attacks and advanced emerging threats.

CIOs are also advised to give priority to tools to improve their network visibility among the next-genre endpoint security capabilities. Such instruments should also secure IoT systems with a well-known cybersecurity reputation.

Conventional firewalls can monitor digital traffic entering and exiting the network, detect and prevent unauthorized and malicious traffic and areas. A next-generation firewall can, however, analyze possible malware messages. They must monitor outgoing messages so that sensitive data does not leave without an inspection of the network.

Therefore, it's high time for businesses to accept next-generation endpoint security capabilities to secure their data as relying on traditional antivirus systems can prove to be risky for them.