How Containers Create Complications in a Cloud Development Environment? 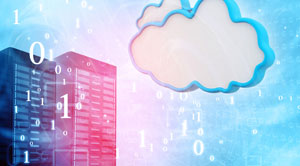 A public cloud application strategy utilizes containers to its advantage, but when it comes to cloud development environment containers create complications.

When it comes to the best public cloud application strategy, enterprises go past virtualization and resort to containers as the perfect solution. Containers cost less than virtual machines, but they are normally quicker and simpler to deploy and let you run additional applications per server. But though containers are considered the ideal target for development, they create difficulties with regard to compliance and security. Moreover they present excellent experience and accessibility risks addresses by developers.

Containers are seen as those things that come in between virtual machines, multiuser portioning and multiprogramming. Thus developers should record the things such as isolation of components of applications by containers. Comprehend the task of container management tools such as Docker, and also attend to particular problems of container development for each OS and the required container management combination.

VMs are containers that can contain application components and permit servers to allocate multiple component instances or even components. Basic operating systems services and even middleware services are share by these containers. Visibility and naming to decrease interactions are also factors managed by them.

Containers are superior to traditional virtualization technologies employed in cloud computing, since they are basically portable over numerous public or private clouds in several combinations. Containers are employed to subdivide VM instances or infrastructure as a service in order to benefit from this portability, thus containers have lesser costs because the OS is shared. Nearly all developers of container-exploiting applications will be aiming at this portability mission as the chief profit.

The two factors that determine the work of containers are the management platform that deploys it and the operating system that’s holding it. Despite the fact that there are additional container management systems for other operating systems and Linux, the most frequently used platform is Docker and Linux. A developer’s primary task is to spot the environments that demand container applications to run and guarantee that the tools of management and middleware chosen are compatible with every target. Commonly used container management systems will have room for dissimilarities in the software platform where containers are run.

It is important to note that not every system of that nature tackles all the issues. It is also necessary to keep a track on such tools, because applications that are ported to another development environment will require the tools to be ported too. The usual method chosen by container implementations is to allocate resource assignment, detach the operating system and container system and overlook the association between the contents of the OS, container and resources with an efficient container management system.

For instance, in Linux, the file systems, name and process spaces, user information and networking are controlled by a container management system like Docker and the OS. Though deployment of containers is possible in the absence of management tools, they are capable of drastically simplifying things such as network connectivity and version control of middleware tools. This signifies that container tool choices will have to be examined cautiously, in the period of early application planning or prior to the initiation of development.

Check This Out: Review | CIOReview