How Developers can Enhance User Experience in a Multicloud Environment 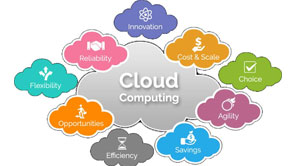 Network latency is a significant cause of concern for many companies as application developers don’t have much idea about the network in which application will be operating. As the applications are moving towards multicloud environment, it’s imperative for developers to understand the inner workings of a network to close the gap between application and the network.

The success of a network is based mostly on the fact that it remains invisible to the users. Knowledge of a network is largely centered around the people who are involved in designing, deploying, and maintaining it. The developers should be aware of the network and its functions as the application needs an adequate infrastructure to operate.

The proliferation of the multicloud has ensured that the applications will be hosted on multiple environments. The developers need to understand different networks and their functions on which their application runs to ensure that the same user experience is delivered across all the environments. The multicloud service providers should also create an abstracted platform which is capable of translating application intent into device behavior regardless of where it resides.

Multicloud computing will bring the focus on networking which requires the enterprises to think about cross-domain management and better communication and collaboration between application developers and network operators.