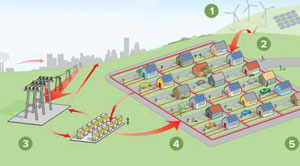 Distributed Power Management, or DPM, scales an arm ahead of allocating resources based on the level of activity by powering off servers. Strengthening and merging of physical servers into virtual machines which share host physical resources can lead to significant decrease in the monetary inputs attached with hardware maintenance and power consumption. VMware Distributed Power Management (VMware DPM) enables added savings of power beyond this initial perk by dynamic consolidation of workloads that too even ahead of periods of less utilization of resources. Virtual machines are transferred onto fewer hosts and the ESX hosts which are not needed are powered off.

How DPM assist the consolidation of server and save power

The spotlight of DPM is on keeping only the minimum necessary number of VM Servers on run. If a periodic check suggests that a VM Server's utilization of CPU is running at below a user-set level, virtual machines are live transferred to other VM Servers in the same server pool.

DPM is nothing but just about extracting more out of a good thing. Most of the IT professionals admit how virtualization grants multiple workloads to run on the same physical server. This results in doing the work of many servers by one server which eventually ends up in availability of fewer physical servers to buy, power and cool. On the other hand, common virtualization provides computing resources such as processors, memory, I/O, etc to each VM on a static basis. A manual intervention from an IT administrator is required to change those resources and powers eventually hosts back on when needed to accomplish workload demand or to satisfy constraints.

While resource allocation is usually observed to be stationary, the actual resource use does not hold the same preposition. Resources are given the treatment of allocation based on maximum VM demands; whereas light workloads may require far fewer resources which results in wastage of resources. As an example of that, it is often witnessed that enterprise workloads' need for resources tumble significantly overnight or during weekends when the number of computing task decreases, such as Web page requests. VMware DRS is deployed to balance workloads according to available resources, and users are given an opportunity to configure DRS for manual or automatic control. If a workload’s is needed to be decreased drastically, VMware DRS enabled with functionality to temporarily shut down unnecessary physical servers.

VCenter Server is made with competency to suspend an idle server to save power. As only another host can restart a server, hence VMware Distributed Power Management maintains at least one host switched on to relay wake-up packets. VMware DPM can be configured on each host, however only including those for which standby capabilities are needed. Once a server resumes, it boots normally. Another point to be taken into consideration is that Fibre Channel host bus adapters go down during standby, resultantly storage admins might experience port drops on the storage network.

Dynamic resource allocation devices like VMware's Distributed Resource Scheduler (DRS) curtail the requirement for manual intervention, allowing resource allocation and placement of workload to be adjusted automatically based on defined activity levels defined. The concept behind the whole process is that DRS can detect the idle VMs, and relay even more VMs onto fewer servers. This bolsters the level of consolidation and maximizes the resource utilization. And as per the demand of activity levels and corresponding resource, DRS can redistribute VMs back onto more servers while reallocating more resources for computing purpose.

However, the automated behavior of DRS has curbed its benefits by itself as results of physical servers that have been emptied of their VMs still continue to consume energy. To extract the most from such dynamic consolidation, the best way is to power down the empty servers and then power them up again prior to restoring the VMs to their original state. This is the basic role of DPM, which happens to be an optional feature of DRS. 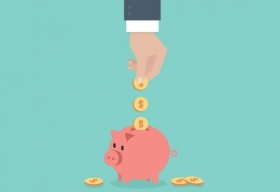 Smart Grid: A Guide for Reinventing Innovation in Energy Distribution 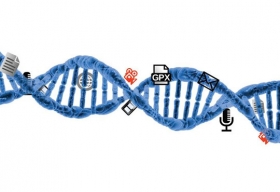 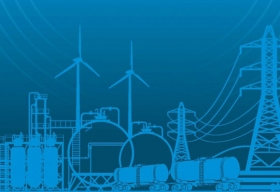