How Do Silicon Valley based Companies Achieve Big-Picture Visions? 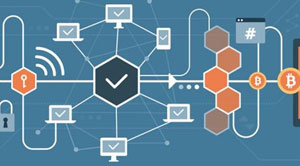 Silicon Valley companies have started embracing the blockchain technology and applied it in several use cases to experience its benefits.

Fremont, CA: Silicon Valley-based companies do not mind taking risks in their goal to achieve big-picture visions. One new risk that Silicon Valley companies are embracing currently is blockchain. Most of the leaders who are aware of blockchain technology and its benefits have started investing in it. According to the prediction of the International Data Corporation, the Valley-based companies' spending on blockchain will reach $11.7 billion by 2022 and will extend beyond the tech and banking industries.

Blockchain and bitcoin are the same

Bitcoin is powered by blockchain technology, but it has widespread uses than bitcoin. Blockchain is a simple platform to keep digital records, which other people can’t erase or see. It consists of different “blocks” of data connected using cryptography where information is stored on a variety of computers by creating a string.

As every block can be viewed and accessed, the transparent and immutable nature put blockchain over traditional methods of business logging. All small transactions made on the blockchain are also included in the bitcoin network. Therefore, it is difficult to tamper with or change it.

Blockchain is being widely implemented for the transparent nature of each transaction. Businesses can employ blockchain in a public setting. Blockchains can be limited such that it does not have to be open to every participant except to those who need to know certain information.

As services like SQL Server and Oracle cover similar territory as blockchain, some assume it’s meant to replace more traditional relational databases. But blockchain platforms are still in their infancy stage and are not intended to replace more durable solutions. Thus, blockchain exists as a complementary option.

Blockchain gets rid of the middle man

Blockchain has enabled bitcoin as it eliminates intermediaries from its transactions. As long as transactions take place in an internal ecosystem, there is no need for outside validation. But when the interaction takes place with the external world at large, intermediaries help with data input and identity verification.

Here are a few ways through which blockchain has proven its worth in Silicon Valley.

As a publicly distributed solution, blockchain is a perfect way to share information securely without letting it into the wrong hands. Especially in industries like healthcare where security is of paramount importance, it could be a game-changer as it permits easy access to comprehensive data to the right people with reduced security risks.

Improving oversight and insight by partnering with AI

In traditional workplaces, databases remain as data silos where it is hard to share information across departments or between companies. However, blockchain is a perfect universal repository for businesses or other industries, enabling better communication and insights. As information gathered and shared increases, machine learning gains patterns from these findings.

Blockchain is easy to securely distribute so that collaborators can readily collect, read, and analyze information from all over the globe. This helps identify the vendor producing the highest-quality product where the data from the customer gives accurate insight into the right direction.

The potential to identify which particular component may fail so that they can be replaced before they fail based on past trends is possible with blockchain with its ability to hold a ledger that maintains a record as well as proof of ownership. This can allow companies to save capital by accurately identifying when flaws occur.

In spite of the misinformation that floats around, the C-level executives should consider this new technology to address the old problems through this modern approach.