How does Public Blockchain Technology Function? 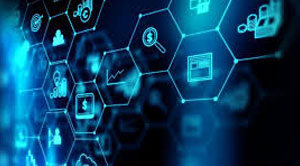 FREMONT, CA: Essentially, a blockchain is a list of records or blocks that are linked using cryptography. Each block carries a cryptographic hash of the previous block, a timestamp and transaction data. The crypto transactions reside in the base layer that works as a database under the realm of distributed ledger technology (DLT).

Blockchain technology requires a cryptographically secured distributed ledger managed by crypto incentives that enable network nodes for a peer to peer (P2P) transaction in a decentralized fashion. The critical result of such an arrangement is to reach consensus on the state of every transaction. Implementing distributed ledger eliminates the risk of failures that is inherent to centralized platforms, like corruption, transparency, censorship, coercion, and transaction cost. A reference to the blockchain by scholars and practitioners, in general, implies an open platform where anyone can be a part of a P2P network and validate transactions.

Represents a database where information is written by posting transactions. A user can write on the ledger while sending or receiving a transaction.

Pretty-good-privacy (PGP) encryption enables the users to prove that they are the rightful owner of a data without disclosing their master key. Thus, the users have the privacy to transact independently.

A cryptocurrency is a token associated with all the blockchain transactions. Tokens grant different rights to the users such as voting rights, the right to write on the blockchain, income-rights, and so on. A token can represent a currency, a good, or a digital representation of an asset.

It’s also associated with proof-of-work (PoW), or the technology that requires a user who wishes to validate transaction to maintain the security of the network and to waste energy on complex computational problems.

A P2P network allows the users to independently own their cryptocurrencies without the requirement of a third party, like banks. The idea is to enable free transaction among the users.