How GIS Will Contribute to Revolutionize the World 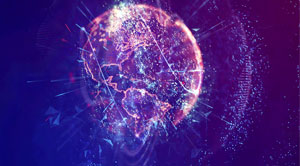 In the present, industries are already in awe of GIS. However, what more can be expected from it?

FREMONT, CA: People have heard a lot about historical trends in the development and usage of Geographic Information Science (GIS), but what about GIS in the future? Though it is hard to foretell the industry’s future and technology, there are plenty of clues and hints available to provide an insight into the future of GIS.

Future of GIS Vs. Present GIS

One of its present trends, ‘Openness’ of software, systems, and data is very popular. Since more companies have access to open-source GIS technology and open data, there is a growing number of SMEs using GIS. The other trends that are revolutionizing the GIS market include mobile GIS and visualization.

The most common GIS applications that businesses use today are spatial planning, decision making, and asset management.

GIS is already transforming asset management and supply chain. Besides, it is also proving to be essential to cartography and modern maps. Also, with the growing acceptance and use of Virtual Reality (VR) and Augmented Reality (AR) in the consumer world, the use cases of 3D GIS will rise.

Currently, the five biggest trends in GIS technology are focused on making data more accessible and developing context to visualize the data. For example, Esri’s CityEngine allows the production of urban scenes based on 3D GIS data to help the users in planning the city, design, architecture, and developing community.

With more and more users becoming comfortable with VR and AR, the number of developers incorporating GIS in their applications is also rising. These GIS-enabled AR applications are accessible to everyone, from architects to oil workers and municipal services, to view locations and orientations of objects underground. Also, in the future, game developers will be using GIS for creating virtual worlds to serve as the creative mind’s playground.

Powered by 3D spatial information, mobile GIS apps will be able to develop immersive experiences anywhere out in the field. The best example of this would be Pokemon Go.

GIS technology is now being used to create indoor maps as well. In the future, the indoor mapping by GIS will skyrocket in popularity as people will require navigation of large, complex buildings.

One of the significant challenges that developers will face in the future is at the user interface (UI) level. The interfaces will make developing work easier by featuring an understandable environment and will intuitively help the user in creating, adding, editing, and removing elements. Introducing UI will be a breakthrough as it will empower the developers or any user to understand the maps in an easy way.

In a nutshell, the future of GIS is very optimistic. With the enterprises becoming more friendly with the benefits that geospatial data would leverage, the adoption of GIS will grow exponentially in the future. With trends like mobility, data analytics, IoT, and AR becoming popular, it can be expected from GIS to not only transform but also change the way the companies use these technologies.