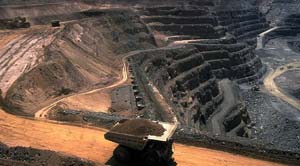 Technology is revolutionizing mining for the better.

FREMONT, CA: The industry of metals and mining increasingly blossoming to the fullest with all the boost that technology is giving it. Like every other industry in the world, which is opting to transform itself in a proactive and dynamic manner, the mining industry is also looking to rewrite its future by orienting itself towards the advancements in technology. Be it the ores of the mined, the mines to dig, or the front office of the mining businesses, the goodness of digitalization is completely changing the parables of doing even a single operation pertaining to the mining industry.

The robot has become a new superhero in the mining industry. The mines are increasingly concerned about the safety of the working environment. As the personnel in the mines involved in digging and the other core process of mining go deep inside the ground, which is all a part of their task, they are indeed prone to a large number of critical vulnerabilities that pertain to the health of the workers. And hence, robots are referred to as a silver bullet.

Robots are deployed at the outermost level of the worksites, which is direct and straight mining. These mining robots are smart and self-organizing. They are dynamic, proactive and have all the capability to explore the sites, extract the ore and also carry out the further processing that includes crushing of the ore, leaching it from the underground, and separating the metal components. The managers at the mining sites will have complete control of the processes and operations that are carried out by the robotics technology. This enables the supervisors to efficiently keep a check on the robots and the infrastructure as a whole.

The mining technology is going even more forward by presenting to the mining industry efficient robots that are printed through the application of 4D printing technology. The main advantage of these 4D printed robots is that they have all the potential to assemble themselves well without any external or an engineer’s aid when they are deployed at the sites where mining is done.