How is the U.S. Navy Going to Use Open Ocean Weapons to Foil their Enemies? 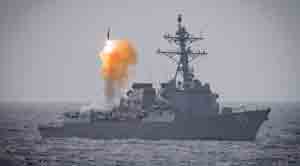 The U.S. Navy is moving towards autonomous undersea drones to deny entry of their enemies into combat-critical waterways. What other abilities does it possess?

FREMONT, CA: Sea mines have always been a persistent and long-standing battle threat to the U.S. Navy surface ships, small boats, and submarines, and with the availability of newer sensing and explosives, these have become much more advanced.

Keeping this in mind, the U.S. Navy continues to develop evolving technologies which are capable of finding, tracking, and foiling mines without putting risking sailors’ life. Now, the Navy is charging towards ‘single path detection’ for executing this concept of operation.

Recently a study was conducted, which analyzed different emerging mine-warfare concepts with the aim to demonstrate single path mine detection and neutralization.

Generally, a maritime sensor or amine detection sonar is completely concerned with the detection, a process, which aims at clearing the path for a separate platform or system for thwarting the mine. Now, evolving algorithms and networking technologies can obtain a substantial measure of autonomy, incorporating detection and neutralization into one system.

In order to display, a layered system, which consists of a forward-looking AQS 20C sonar system, networking buoy, and an undersea sensor-explosive called Barracuda, was used by Navy. The integrated system combines sonar, an acoustic modem, an RF antenna, a highly specialized explosive, and an Electro-Optical/Infrared camera. The multi-prolonged procedure hinges upon a currently incorporated high-tech forward-looking sonar called AQS 20.

The detection-neutralization single-path procedure starts with incorporating the sonar AQS 20 onto a Navy Common Unmanned Surface Vehicle prior to its lowering into water.

The destroyer might be armed with a conventional missile

The Navy might be arming the new destroyer with a traditional missile, which is capable of hitting anywhere on earth within the span of one hour.

The Barracuda is networked to the AQS 20 via an acoustic modem. Afterward, the Barracuda pursues the mine by making use of sonar and its underwater EO/IR sensors. On receiving its input from the AQS 20, the target is acoustically acquired by Barracuda, and it gets close enough to send an EO/IR image back to the boat. On getting to within two-to-three feet of the mine, the Barracuda will stop and hovers.

However, the Navy requires an operator to validate the target. The EO/IR visual sensors sense the mine and do the job of capturing the image. It provides the image back to the operator for detonating.

Thus, significantly, the Barracuda makes use of cameras in order to see and confirm the mine’s existence, as well as functions as its own explosive for destroying or neutralizing the mine.