How Scammers are Leveraging Websites to Circulate Emotet Malware?

How Scammers are Leveraging Websites to Circulate Emotet Malware? 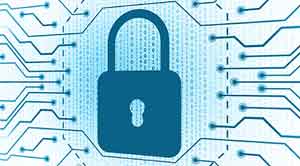 People are unaware of the fact that one does not have to download an attachment to compromise the computer’s security just visiting a website can also do the job.

Fremont, CA: Hackers use compromised websites to circulate dangerous malware like Emotet to the end-user victims. Emotet being a popular Trojan, which in the initial stage, targeted financial data on devices it infected. Currently, it has shifted to a modular information stealer that enables it to act as a malware dropper. Malicious websites is a way in which security can be compromised by doing nothing more than just visiting a website. It underpins the requirement of protecting your computer with a secure Internet Security Program.

As an evasive malware dropper, Emotet can transport additional malware payloads like ransomware or spyware to the affected devices. This feature makes it highly valuable to the hackers, who can monetize it in various ways such as extracting sensitive bank logins or email account credentials. Hence, before initiating the theft, attackers have to find a way to infect the victim’s device with Emotet malware.

The easiest way of dispersing Emotet is via malspam, the emails sent out in masses and used to corrupt devices with malware. But with the advancement of spam filter has made getting into user’s inbox a problematic task. For many years, the general practice was to hide the malware payload by hiding it within an attachment and then leveraging a crafted email to attract the victim to open the attachment file, triggering malware payload.

In the past decade, the majority of malware payloads were delivered via malicious URLs within a malspam. Not too much to say, ProofPoint has continuously reported throughout 2019 stating about this change. According to their recent report, the percentage of malspam delivering malware via malicious URLs reached 88 percent. This information engulfed millions of emails, and yet many millions of malspam emails which utilizes targeted attachments, continue to incorporate malicious macros within the email’s attachment.

Internet security software is not always able to detect malicious websites but preventive measures; however, it can bare the malware from getting in the computer in the first place. The best thing one can do is keeping the computer software updated, which is most important for the operating system. But there is without any doubt an overall trend to the use of malicious URL distribution hidden in the attachment throughout 2019.