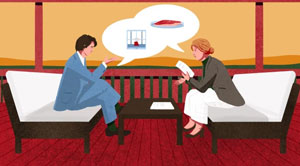 The investments done on the startups provide innovative technology to fight climate change.

FREMONT, CA: Silicon Valley in Southern California is known to be the hub of the world's biggest tech firms, and also has a huge venture capital funding that backs a lot of innovation. These billions of dollars are controlled mostly by the tech giants that are concentrated in a quiet office park on the little street named Sand Hill Road.

A lot of venture capitalists are backing several startups into different technologies, climate technology being the latest popular one. The venture capital community is a little hesitant to invest in climate tech. This is because of the bitter experience several of them faced over a decade ago when they invested heavily in solar and other renewable energy sources, and due to some reasons, witnessed a great loss.

Fast-forwarding to the present, if an enterprise wants to invest money in any cleantech, the scientific innovations they need for a cool, and new climate tech solution may not even exist.

According to Market Place, the companies mentioned that climate technology is an area where many enterprises would like to invest. It is also an area where the companies can be a bit more active, but it is not obvious what a large check can do that will generate a return within the time frame of a venture fund, which is less than 10 years.

Accordingly, it is easier to fund products that are completely digital, like the apps or social networks, than to get into super tricky real-world technology, like the batteries and storage or infrastructure. Nowadays, the Sand Hill Road does have some venture capital funds that are investing in sustainability.

G2VP is a cleantech venture fund that will be a spinoff from the legendary venture capital firm Kleiner Perkins. Fifty Years is investing about $50 million compared to about $350 million at G2VP. The Major game player here is Breakthrough Energy Ventures, which is launched by Bill Gates and the other investors.

When it comes to funding technology which helps us to fight climate change, the venture capital industry which previously funded the semiconductor, personal computer, smartphone, and social media firms, is in the shallow end of the pool.