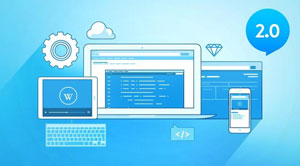 With the rise of the digital era fuelling the proliferation of apps on diverse platforms such as mobile and web, software programming has become one of the most robust areas of technology development. Today, programmers are in great pressure to stand out from the crowd—both in functionality, design, and user experience. The new generation of coders and software developers are avid consumers of media since mobile devices, websites, apps, gadgets and electronics, YouTube, Netflix, and Facebook are embedded in their daily lives.

The next generation of developers are often extraordinarily proficient at computer programming, developing apps and have the urge to capitalize on cutting edge technology. With the huge proliferation of social media, the younger app developers are cranking out profitable ideas for new devices and platforms as fast as manufacturers let them. These young app coders’ approach toward app coding and development is unique as well as teaches a valuable lesson for the older app coders of software professionals to thrive in this digital world.

Today’s younger app developers and programmers embrace several programming and coding approaches that differs from the preceding generations. One major approach towards easy app coding is to develop with a low code platform that accelerates application development and deployment. This type of approach extends beyond the traditional hand-coding methods for software development that are too slow to keep up with the increasing demands of customers. Leveraging the low-code platforms, young software developers have the requisite tools to move nimbly from the initial idea to the app release and beyond.

By taking advantage of a single and tested codebase, the low-code platforms also offers increased reliability and stability for the general purpose applications. This unique approach of coding also reduces the coding effort required for several tasks including: adding, enabling, or disabling modules and features within an app, making modifications to the model without the need for complex scripts.

Moreover the, the emergence of the cloud is also one of the significant support for low-code development platforms, offering the kind of centralized hosting for developers with the option of managing data and the devices accessing it.

Today’s younger generation of developers build innovative apps with the combination of web technologies like HTML, CSS and JavaScript. These developers embrace the web technology because of its portability that lets them to build their app with unique design –making features easier to find. Using a packager or complier, developers build their own mobile application without leveraging the native programming language. Instead they use a robust mobile development framework like jQuery Mobile, as it supports a wide range of different platforms, from a regular desktop, to smart phone, tablet, and more.

Agile software methodology describes a set of principles for software or app development—Waterfall model, V-model, Iterative model, which mainly focuses on customer involvement, flexible planning, constant evaluation and—of course, risk management. Modern app developers acknowledge that regular communication with the app users—ensures that the end product is exactly what is expected and needed. With the agile methodology, developers simplify the app coding and development into short phases of work, frequent reassessment and adaptation of plans, so that the resulting mobile apps are adaptable after the release.

Leveraging the Value of APIs

Over the past few years, APIs has gained strategic importance among the younger app developers. As a key building block for apps, APIs have been instrumental in supporting the app developers to create apps for boosting revenues, driving down costs and presenting smarter ways of doing business.

The Android and iOS market is getting bigger every minute and mobile application development is turning into an inevitable part of modern technology. A number of teens, reportedly, have made a significant mark in the world with their amazing skills and innovative ideas. The world is witnessing a lot more young and talented software coders and developers, as they appear to be a spark of hope among the emerging generation of software developers.

Coactive: What is the true ROI for Digital Transformation and how do you make sure you deliver on this for your clients?