How Technology is Influencing Advertising

How Technology is Influencing Advertising 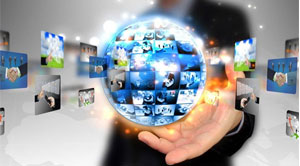 The advertising sector is applying advanced technology as it helps them to create creative and engaging content.

The growth of technology changed or had a significant effect on everything that it had touched or been in contact with. Technology plays a massive role in the business, from the launch of e-mail, the boom of the internet, and social media to the new platforms that have arrived and are evolving every day. It is a function that deserves to be recognized and appreciated.

Some of the essential factors in which technology has changed and influenced the advertising scene:

Earlier, the hype used to be about TV, but with the internet and the growth of social media platforms Like Twitter, Facebook, Snapchat, video advertising has become increasingly popular, and the value of its content has evolved with it. Static images such as typical billboards can appear dull by contrast as people become accustomed to watching videos. People are also becoming smarter and know what to expect and ask from the advertising. They are no longer waiting but are responding and developing their media while engaging in new creative ways with the existing media.

It is no longer about blogging, but rather about video blogging and video bloggers taking hold of social media and offering infinite possibilities. The speed at which modern, highly powerful smartphones, tablets, and notebooks are introduced allows content and video creators to interact in much better, quicker, and smarter ways. The advertising campaigns are gradually involving them and making them part of the entire 360 engagement, including stars targeting a younger audience for some of their campaigns. Therefore, instead of just a one-dimensional contact flow, new smart and creative techniques are being seen in the current movements.

3. The rise of some is the demise of others

Channels such as print media and radio, along with the rise of digital and mobile, are declining in their viewership and scope, being pushed to do things outside the box and seeking solutions to prevent them from disappearing. In some parts of the world, television is no longer an option as digital investment is winning the top spot.