How to Attract Blue-Chip Investors for Silicon Valley Companies without an IPO?

How to Attract Blue-Chip Investors for Silicon Valley Companies without an IPO? 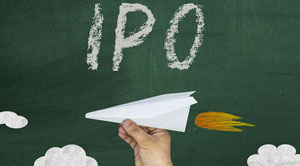 Leading venture capital firms of the Silicon Valley, Benchmark, and Sequoia Capital argue that bankers underprice IPOs, such that companies raise lesser money than they expect. Many questions were raised about the impact of direct listings on another powerful group representing the largest long-term buyers, including Fidelity, BlackRock, and T Rowe Price. Historically, institutional inve

stors such as mutual funds and hedge funds have bought as much as 90 percent of the new share issued in IPOs.

Traditional IPOs come after roadshows where executives can market their offerings to targeted investors. By doing so, bankers build a book of initial buyers. When the direct listing technique is adopted, businesses will lose the ability to get hold of long term trusted shareholders. However, by following an IPO route, companies capture this ability but still get mispriced. The supporters of direct listings feel that IPOs are not the only way to attract prominent asset managers.

Direct listings eliminate the role banks play in hand-selecting investors and allocate shares to the highest bidders. Thus, according to proponents, the open market process results in a more diverse as well as a committed group of shareholders. The two largest companies, Slack and Spotify, have carried out direct listings that trade below their open prices while suggesting some impatience from their investors. Also, some big investors who invest in both private and public companies addressed their concerns about the open market process expressing their support for direct listings in some cases.

Backers of direct listings observed that the process results in the participation from fewer hedge funds, which are characterized by them as the quintessential short-term investor. Banks favor hedge funds as they pay some of the highest banking commissions. The many options available, apart from an IPO, gives companies the flexibility to choose the best for them.

Paperclip SAFE To Use Encryption-In-Use To Prevent Data Theft And...