How to Ensure Safe Flights for Unmanned Aerial Vehicles

How to Ensure Safe Flights for Unmanned Aerial Vehicles 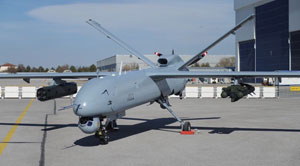 Unmanned aerial vehicles (UAVs) have effectively replaced aircraft and earth-orbiting satellites as the most sophisticated technology for remote sensing data in recent years. UAVs have been termed as the third generation of remote sensing data. UAVs have come a long way when it comes to solving problems like spatial or temporal resolution. IT has also been very useful in opening a lot of new possibilities in the field of data generation remotely. Drones provide a cost-effective way of acquiring data.

UAVs have also been helpful in eliminating the human risk factor. The cost-effectiveness and the easy availability of drones have added to its popularity. People purchase drones and fly them around without any licenses or proper training; this has raised concerns about any fatal accidents. In August 2013, a drone filming at the Virginia Bull Run crashed into the crowd and caused some injuries. A British Airways flight reported a collision with a drone in 2016. In October 2013, a UAV collided with Sydney Harbour Bridge, which started an investigation. Many such incidents have prompted the authorities to have a statute for flying drones. The International Civil Aviation Organization (ICAO), an agency of United Nations states that all unmanned civilian aircraft, fully autonomous or combinations thereof, are bound to the provisions of Article 8 of the Convention on International Civil Aviation, which was amended by ICAO later. The National Aviation Authorities regulate the civilian airspace within individual countries.

Most of the countries are acknowledging this fact that pilots of the drones should be made responsible in case of any mishap, damage, or injuries caused by that drone. Many countries have made it mandatory to complete a training program before someone could fly a drone. The pilots also have to comply with the existing laws and keep a log of all the flights that they have taken. Here are a few suggestions that the pilots of the UAVs should follow to avoid an accident:

•  The drone must be within the visual line of sight of its pilot that is 500 meters horizontally and 122 meters vertically.

•  The drones should not be flown around the congested areas.

•  The collection of images or storage of any other data must be subject to the Data Protection Act of the concerned country.

•   The pilots should take proper training before flying drones for commercial as well as private purposes.