How to Improve Semiconductor Manufacturing Safety? 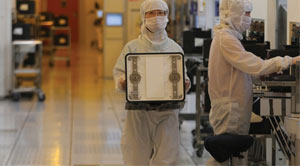 Fremont, CA: Semiconductors have become invaluable in today's increasingly tech-driven world, and the industry continues to grow. As per reports, semiconductor shipments are expected to exceed one trillion units by the end of 2020, compared to about 700 billion units in 2010. As with any industry, there is a concern that the semiconductor industry maintains its safety standards and reduces harm in the work environment. In other words, the more is the productivity, the greater is the need for active safety management.

At first glance, the semiconductor industry looks sterile. Between the clean rooms and personal protective equipment such as gloves, gowns, and respirators at chip-making plants have been described as cleaner alternatives. The industry can protect its workers better by considering the number of potentially hazardous substances they deal with. Workers in the semiconductor industry need protection that allows for dexterity and protection from substances from the parts they are manufacturing. Workers who are near an open flame should wear fire-retardant clothing.

Operational safety in a semiconductor manufacturing setting may seem relatively easy, but initial planning and implementation processes should be prime priorities. A company that invests less at the outset often pays more by struggling against an environment that is less conducive to safe operations. An early focus on safety controls should be the objective of semiconductor manufacturers. This leads to safe, healthy, and more productive and environmental-friendly operations.

In worst conditions, a semiconductormanufacturing floor may leak toxic solvents into the ground, which potentially could lead to contaminated drinking water and other issues. The industry has to do more to reduce its impact on the environment. The industry has already taken several steps toward reducing workers' exposure to hazardous materials, along with addressing environmental concerns. The industry is already planning to get to a point where semiconductors are more recyclable. This shift would benefit both the industry and communities that use its products.