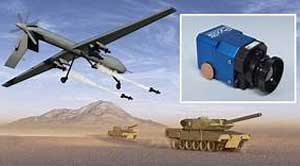 With the companies progressively depending on drones, scientists and researchers have come up with innovations that are prone to hidden objects.

FREMONT, CA: Today, major industry sectors such as agriculture, manufacturing, and much more rely on developments in thermal imaging technology. In light of this, scientists have developed a sophisticated infrared camera that incorporates sensitivity to polarization. The increased sensitivity has made looking for targets camouflaged in natural clutter simpler, as opposed to thermal imaging alone.

Every material has a peculiar polarization signature based on the form and surface properties of the object, by the properties of light emitted by thermal electromagnetic radiation. The IR polarimetric camera Pyxis can distinguish the signature of the polarization of human-made objects from that of natural backgrounds.

The polarimetric IR camera was developed by integrating a polarizing pixilated filter into a microbolometer. Such breakthrough helps the camera to detect contrasting polarization in the environment, even in the absence of thermal contrast.

The researchers have spent significant effort and time in refining the assembly of the camera and implementing software upgrades that help the users get a better understanding of the unique nature of the polarimetric data.

The app allows the users to quickly and easily explore how the signatures of the scene impact materials and geometry. The analytical tools of the app allow comparison of the performance of the image metrics in the polarimetric picture.

Polaris was contracted by the researchers to develop this sort of system. The resulting IR polarimetric camera successfully displayed its abilities in various field tests on handheld, vehicle-mounted, and UAS-mounted platforms.

The drone infrared camera is also useful for several commercial applications, such as the detection of oil spills with oil as narrow as 50 micrometres, even when waves and emulsifiers are used in spill clean-ups.