How to Protect Implants from Immune Attack 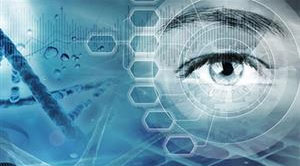 FREMONT, CA- Implants that communicate closely with the human body are often subject to foreign body response (FBR) of the immune system. This results in scarring, around the implants and reducing the functionality time. MIT researchers have created a way to incorporate crystallized immunosuppressive drugs into implantable devices so that no severe localized immune reaction occurs.

The crystallized drug can target the main players involved in the implant rejection process by suppressing their actions locally and allowing the instrument to function for more than a year.

The team at MIT used the drug crystals to protect encapsulated islet cells that are being used as a treatment option for type 1 diabetes. The samples were implanted in rodents and monkeys,  and they survived for 1.3 years and 6 months respectively.

By crystallizing the immunosuppressant, the researchers could densely concentrate it while converting the whole package into a small crystal. As crystals take time to dissolve, the approach was working for months, giving the researchers enough time to understand its effects properly. By examining the shape and size of the crystals, the researchers were able to control the length of the mechanism.

The drugs were released very slowly and in a controlled manner. The crystals were taken and kept in different types of devices and later showed that with the help of the crystals, medical devices can be protected for a long time, allowing the device to keep functioning.