How to Troubleshoot Hardware Resource Conflicts 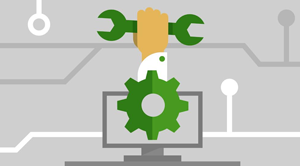 Computer technology is in a constant evolution from the very beginning. Several hardware as well as software issues were part of this evolution which is now history. One of the most complicated issues that were a real burden for IT administrators was the hardware resource conflicts. The only solution available during that time was the installation and allocation of slots for the hardware components manually. A hardware resource conflict generally occurs when a hardware device in the computer shares the same I/O port as another device. With computers running Microsoft Windows, hardware conflicts can be identified from the Device Manager.

During the early days of Windows systems, hardware conflicts were more common than they are today as each hardware device had to be configured with the hardware resources using jumpers or dip switches. Today, hardware conflicts are totally wiped out by using plug-and-play technology that can manage each of the hardware devices by automatically allocating the resources to the devices. When a new device is introduced into the computer, the program automatically checks for available free resource slots and then assigns the slot to the new hardware component.

While the resource allocation techniques used to be common for systems running Windows 95, Windows 98 and Windows ME, Windows XP devices came with more sophisticated technologies.  Troubleshooting a hardware resource conflict was made simpler by various tools and applications during the earlier days. After the rapid evolution in technology, automated solutions were implemented to assign and to avoid hardware resource conflicts. After the technological evolutions in Operating System design, there have been several improvements in both peripheral component designs as well as in application and driver design.

Depending on the reason for a conflict, some of them might be consistent and repeatable, while others are intermittent. Especially when using a peripheral device, most of the systems hang or lockup during a resource conflict. Resource conflicts can be identified while using sound cards as these devices startdeveloping noise and other issues. Another symptom for a resource conflict with a printer can be identified when the printer starts printing junk. Resource conflict can be the basic reason when the mouse pointer keeps hanging and refuse to move, or move in a stuttering fashion. Error messages from Windows 95, messages about the PC not operating at maximum performance, or the system dropping to "Safe Mode" or "MS-DOS Compatibility Mode" are also the symptoms of a hardware resource conflict.

The only possible solution for a hardware conflict was to assign each hardware component with available free slots in the device table. Even though there are various tools to check and resolve hardware resource conflicts, the most effective and convenient tool is the msinfo32. The system information or msinfo32.exe tool shows the complete details about a computer device hardware configuration, installed components, as well as software and driver packs. The application shows results in three categories with an additional total device summary.

While the system summary page displays the general information about the computer hardware and operating system, the hardware resource page displays the complete information regarding the computer’s hardware components. The components tab that displays information about added drives and modems can be really useful in detecting hardware resource conflicts in external accessories.  Expanding each tab in the resources node will display the conflicted components with a list of used resources and the memory, I/O and IRQ. As part of the developments in computer software and hardware, resource conflicts are no more in the arena, resolving a huge burden as well as saving time of the administrators.