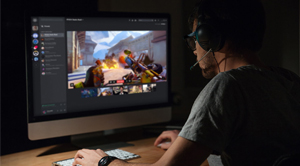 The brighter days of computer games are near with a rich auditory experience, including voice chat features to this online game world.

FREMONT, CA: Online computer games with a realistic, engaging environment in which gamers can play and interact have transformed the world, allowing a massive inflow of revenue. The gradual scale in the number of potential visitors has made these online computer games a multi-billion dollar sector within a few years. It is such a platform where gamers meet, resulting in large and vibrant online communities. Among the interesting characteristics offered by online computer games, choosing a character representing the gamers is very appealing. Gamers could now alter their voice. Hats off to the experts who have devoted hours trying to make their character look near to real.

Voice chat in online gaming is possible with voice-changing software particularly designed for online computer games that enable gamers to role-play more effectively together with a voice to match. It has not been a long time since voice chat has gained popularity in online games. Gamers find voice chat a superior method to communicate than to communicate with typing on a keyboard, which is very time-consuming. Voice chat also has another benefit of enabling the gamers to align large groups of people effectively in attacks while playing online games. The increasing requirements of voice chats in online computer games have originated to meet the gamers' needs.

Voice chat on online gaming is becoming increasingly important. In an online game, some gamers are reluctant to use the chat in online role-playing games. The reasons are voice chats lack good voice-changing tools that can perform effectively with games, less control of good content on voice chat, external noises, are very distracting and cannot be seamlessly disguised over a microphone, aggressive gamers could use voice chat to taunt other people. Such responses pose a hurdle for those who are not good at spontaneous acting dealing in real-time.

EdgeConneX: It's Game On For The Edge, And Game Over For The Legacy Internet

Embed: The Absolute Trailblazer in the Business of Fun

EdgeConneX: It's Game On For The Edge, and Game Over For The Legacy Internet