How will AI Evolution be Assessed by Voters? 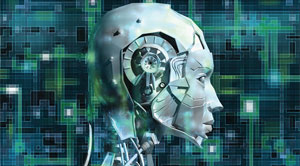 It is impossible to decline that technology has changed humanity and the lifestyles of people. The first three industrial revolutions, driven by creativity and determination enabled people to move forward and live a better and more meaningful life. By entering the fourth industrial revolution, which is becoming more integrated and technologically dependent, it is worth pausing and asking how changes and disruptions such as the advancements of AI are tested and evaluated, not only by consumers but also by humans as voters in democratic contexts.

Progress is considered as a prerequisite of potential results, and it will prevail to focus on those aspects that will serve and improve lifestyle and social cohesion. The AI leaders of the business world will have to take responsibility and play their critical part in analyzing the growing criticism between technological disruption and electoral policy. If not, the demonization and protest against implementation will follow and may lead to the case of migration crisis due to lack of robust, proactive narrative features. Playing with fear is found to be more comfortable than hope, especially with respect to the field where there is a lack of a continued substantial campaign.

When it comes to Artificial Intelligence, the entire notion concerning populism revolves around the rising polarizing and political concepts. With its increased advantages, AI is changing the way people see the world, and this cannot happen without effects; whether it’s about recruitments, health, military applications or contest among the great powers.

Effective planning and inclusive dialogue are required to make the fourth industrial revolution successful. These factors are found to be the natural consequence of the presenting AI concerning business and public policy perspectives. The phenomena such as fear of change and resistance to change are not new. However, they have been marginal in preventing evolution in the past. The populists of this world irrespective of whether it is political opportunism or conviction put forth AI and consider it as a central part of new type politics.