How will AI, VR and Robots will Revolutionalize Tomorrow's Workspace 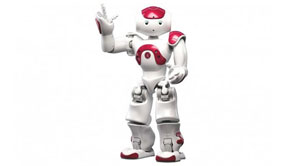 Mike Redding, the MD of Accenture Ventures, believes that Artificial Intelligence (AI) and the convergence of the real world with a virtual world go hand in hand, and revolve around trust of consumers. On the other hand, consumers need to trust technology, and the process of data aggregation, and implementation. Large social media sites also need to trust the data they collect and decisions they take. With trust being the secret ingredient for the success of technologies associated with AI, VR and robotics, the field of Extended Reality has been newly developed. Extended Reality (XR)—the integration of real and virtual realities—adds more information for consumers by aggregating real time data and meshing it up with related information for upgraded customer experiences.

Extended Reality incorporates augmented reality in which artificially-generated graphics are placed in real-life situations. With the deployment of this modern technology, there has been a speculation that user experience companies will be able provide 24X7 event experience service to customers through smartphones. According to Redding, the increased implementation of AI has the potential to revamp the associated businesses’ revenue by 38 percent, driving a corporate profit of $4.8 trillion. Owing to this advance in technology, the job prospects of AI trainers, coaches, and developers will also be hiked by 10 percent approximately.

According to a recent study by Mckinsey and Co., up to 600 million people will be using automation, AI, and robots by the end of this year. From autonomous vehicles to fast food services, automation can be expected to impact everything in the recent days.

CallShaper: The Answer to All Telemarketing Needs