How will Technology Enhance the Agriculture Sector in Future 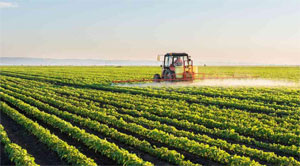 The farming industry is going through enormous pressure for producing higher yields than it was ever done before. The technology will also transform the agricultural sector.

FREMONT, CA: Technology has played a vital character in augmenting the agricultural sector. In present times, growing crops in the desert seems reasonable due to agricultural biotechnology. By using technology frequently, plants have been engineered to endure severe conditions. The genetic engineering scientists also have successfully administered to introduce traits into the present genes to make crops defiant to droughts and pests.

The availability of labor in several developed countries is being affected due to the growth of socio-economic and political problems. The UK themselves have almost 64,000 fruit pickers, but most farmers are concerned about accessing this as a labor source because of the UK's exit from the European Union.

The intelligent tractor can also bring a considerable change in the agricultural industry. As per the report by Cisco, it is forecasted that there is almost $14.4 trillion in value at stake with the IoT, while the market size of the global autonomous tractors will reach $4,389.8 million by 2025. It has been observed that in the next few years, the lighter-weight vehicles will enter the market. A machine has to be powerful and also move swiftly to plow the soil, so it can be anticipated that the light-weight autonomous vehicle would work.

Since the late 1990s, agricultural milking robots have been used in the dairy. But continuous insistence for improvement has ramped up in recent years, particularly given the squeeze on food margins. There is a huge prospect for manufacturers who want to develop and increase productivity.

Different technologies bring several benefits, the autonomous tractors provide accuracy and precision, but it can also be slow-moving, on the other hand, robotics technology collects a huge amount of data but in a limited geographical area. In the future, these technologies will come together, and the farmers can merge several data sources and data analytics for growing, monitoring, and harvesting their crops rapidly than ever before.