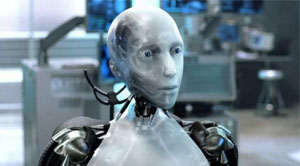 The continuous development in the field of robotics and Artificial Intelligence forecasts an increase in the production of autonomous robots. As a matter of fact, they are all set to penetrate into the daily lives of people. Sophia, a humanoid robot was recently granted citizenship by Saudi Arabia. This was unprecedented in history where in bot and the country was the first to do so. Robots are tireless and performs task precisely that not only augment human capabilities but also have the potential to assist human to inflate their autonomy. Humanoid robots have self organizing traits and are as well capable of demonstrating collective behaviours.

Manufacturers are increasingly leveraging collaborative robots to assist humans to increase their efficiency. Toyota revealed its T-HR3 with a ‘Master Maneuvering System’ which allows a human operator to control the robot remotely. According to the ABI Research, 13 percent of manufacturing companies have collaborative systems in operation. The largest share of humanoid robot market in 2016 were mostly concentrated in North and South America, deployed in various fields such as public relation, personal assistance, education and entertainment. Also an estimated of 40,000 robotic units shipped worldwide in 2016 and the number would reach to 620,000 in 2021 as per a report from Tractica. According to ReportsnReports 2017, the humanoid market will grow from $320.3 million in 2017 to $3,962.5 million, or $3.9 billion, in 2023, at a CAGR of 52 percent.

Achieving an entirely autonomous robot that is capable of human-level cognizance—as portrayed by popular media—is still a long way to go. However, research efforts towards fulfilling the vision is in full swing. To impart better assistance to mankind, engineers are looking forward to scientific findings for the creation of innovative solutions that could better co-exist in the common society.