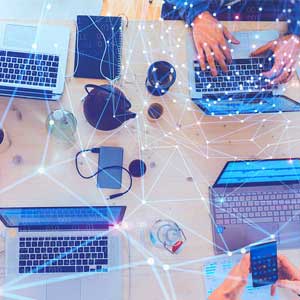 IBM is forecasting growth that appears to be greater than the street expects.

FREMONT, CA: There have been many challenging seasons for IBM, including a time when its revenue fell for 22 consecutive quarters from 2012 to 2017. Significant growth was difficult to come by in the years after that. On the other hand, Big Blue has begun to change the narrative for the second quarter in a row, with a sales increase of more than eight percent in the first quarter. That rate of increase was even faster than IBM's rise of 6.5 percent in Q4 2021, which TechCrunch characterized as "accelerating growth." (IBM grew by 0.3 percent in Q3 2021, staying the same.) IBM's stock, which had gained more than two percent in regular trading yesterday, climbed again this morning, earning more than two percent in pre-market trading.

Red Hat, which IBM acquired for USD 34 billion in 2018, led the way with revenue growth of 18 percent in the first quarter compared to the same period last year. When the technology behemoth purchased Red Hat, the goal was to bring the historic company into the current era, allowing it to operate as a quasi-independent entity while benefiting from the growth engine. It appears to be operating as expected, with Red Hat outperforming the competition. The acquisition of Red Hat was made to allow IBM to serve as a consultant rather than competing directly with Amazon, Google, and Microsoft in the public cloud infrastructure market. The aim is to be the firm that helps customers maintain things operating between on-premises and public cloud operations; it's not a groundbreaking concept, but it appears to be working.

Overall, IBM's hybrid business rose by 17 percent in the first quarter, generating nearly USD 5 billion in revenue, but it wasn't good news. The company's infrastructure revenues, for example, were unchanged at USD 3.2 billion (inclusive of sales to Kyndryl, the infrastructure consulting business it spun out in late 2021). IBM also revealed that it suffered a minor loss due to Russia's invasion of Ukraine and that it was suffering the higher cost of doing business, particularly in terms of the cost of human talent.

COBALT IRON - Data is the New Gold: A Simplified Approach to Data Protection

Converge Technology Solutions: Shaping a New World of Hybrid IT

IENA Consulting: Accelerating the Path to Operational and Financial Excellence

ConvergeOne: Delivering Agility in IT

Proxym Group: Navigating through the Mobility Space with IBM

OpenSymmetry: Enabling the Shift from Uncertainty to Opportunity

eBlueprint: Collaborative IT and Consulting Services with IBM touch

Certus Solutions: An IBM Solutions Expert for All Enterprise IT Needs

Covid-19 Fraud Across Us To Be Tackled By Coordinated Law Enforcement...

2022 To Bring Record Payments To Governments From The Oil And Gas...

What are the Best Practices for Enterprise Security?