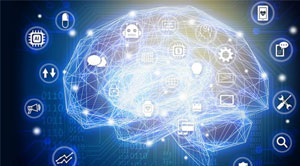 More than 400 million people have diabetes today. Due to several external and internal factors including hereditary and lifestyle, individuals tend to suffer from diabetes in early age. The number of diabetic patients has been doubled when compared to the number of patients before 30 years. The volume of patients fast-forwards in many places, especially in Asia. Along with diabetes, one-third of diabetic patients in Asia have been affected with diabetic retinopathy.

Recently, a team of Australian and Brazilian researchers has developed a technological image-processing algorithm to detect fluid retina. In order to proceed further, they are in need of retinal images. Retinal images can be processed by manual scans like fluorescein angiography and optical coherence tomography. As the two scans are comparatively costly, the researchers have decided to generate retinal images through fundus camera. But, the reliability of the fundus camera is low.

After years of working with eye specialists of the U.S. and India, Google has a developed AI that helps in the detection of diabetic retinopathy through retinal images. The results produced from the AI have been promising. Initially, Google has been working on the diabetic retinopathy initiatives in Indian clinics with Verily. Verily is an Alphabetowned company that works on life sciences research and development. Google has involved itself in supporting Asia-Pacific organizations to use AI in recent days. It has spent several years in engineering projects that sort out challenges Asia Pacific region. It created a positive social impact like stopping illegal fishing in Indonesia, forecasting flood in India and conserving the birds in New Zealand.

Google has launched “Google AI Impact Challenge” to help nonprofit organizations, universities, and businesses. It has selected companies who could get help from Google’s AI experts and funds.