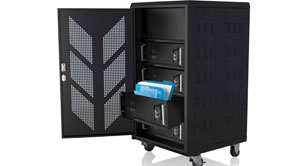 Containerization helps companies to reduce wastage of resources as each container only holds the application and related binaries or libraries. The basic principle lies in allowing instances to share a single host operating system and relevant binaries, libraries or drivers. Instead of installing an operating system (OS) for each guest VM, containers utilize the same host OS repeatedly. This process is often referred to as operating system-level virtualization, where the role of a hypervisor is handled by a containerization engine.

The containerization technique plays a very crucial role to verify application performance in test and development environments. By utilizing the scope of containers, development teams are able to work in an environment that mimics the actual production environment. This facet about the technology has pushed companies to extensively adopt the policy of containerizing any application, developed in-house. This eliminates the scenario where a newly written application works in the development environment, but fails to function properly in the production environment, as the method ensures consistency in application behavior for any environment. Furthermore, organizations that don’t conduct in-house development can still avail the benefits by utilizing containers to split applications into microservices. Another advantage of incorporating the technology for test and development environment is that users are allowed to perform versioning for applications under development. Companies usually create an image repository from where they can take the required version of the application and transfer it to a production or development server.  Most of the storage admins today are incorporating virtual servers to support remote offices, new business applications, and data growth. But, as long as enterprises continue to approach the virtual environments with the same old storage strategy as that of virtual servers, the containerization strategy seems to go in vain. Some of the key benefits of this approach which bring value for companies are:

Containerization provides a more focused direction to DevOps, eliminating the server memory misuse issues. VM systems primarily comprise of a complete OS replete with drivers, binaries or libraries, and finally the actual application, such that each OS sits on top of a hypervisor, exercising control over the physical server hardware. This approach is not very feasible as it leads to waste of server memory. Containerizing the applications helps in preventing the wastage of resources as each container only holds application and related binaries or libraries. Moreover, as a single host operating system is shared by all the VMs, containerization strategy helps in ensuring that all the related servers get updated at once by shifting changes to each system.

Addition of containers to any environment enhances the scalability anywhere from 10 to 100 times to that to traditional VM environments, apart from eradicating the demand for more servers. Containerization technique scales rapidly using the same attributes that allow the containers to be fast. Unlike virtual machines, users can add or remove resources on the go, without the need to reboot the server for the changes to reflect every time. A container can be spun up within seconds, which necessarily doesn’t hold true in case of virtual machines where provisioning might take couple of minutes. The swiftness of the process helps in increasing the capacity of handling website traffic load seamlessly.

3. Eliminates the need for Hypervisors

A hypervisor is a program which essentially functions as a virtual machine manager, enabling multiple operating systems to share the same hardware processor. The containerization technique plays a significant role in this context, eliminating the need for hypervisors. The approach allows the influx of more containers into the application environment, without incorporating the assistance of more servers. Furthermore, containerizing applications assists in boosting scalability of the method.

4. Cloud-native development through adoption of Containerization

Containerization strategy is the best approach at focusing on the real development process. The procedure enables deployment of microservices-based architecture, which is essentially characteristic of cloud-native web applications. Additionally, employing the containerization, stratagem users are released form consternations related to server memory, provisioning, and other performance and resource restrictions.

As mentioned earlier, Docker is one of the chief market players in the containerization space. Users are permitted to move application freely to, from, and between Linux-based cloud environments using the potential of tools like Docker. This approach has facilitated democratization of cloud microservices architecture. Moreover, containerization helps to improve efficiency of the cloud environment by deploying containerized applications on to a single cloud instance, which in turn implicates achievement of 100 percent utilization.