IEEE Findings Predict No Steering, Brake Pedals in Vehicles by 2035 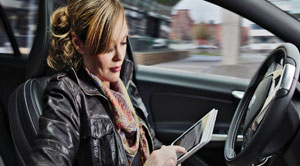 FREMONT, CA: IEEE, the global technical professional organization offering publishing, standards, and certifications, has released a report based on its recent survey for the evolution of driverless cars across the globe. The report has experts’ opinions about the future of driverless cars, key influential technologies, challenges, and geographic adoption.

The survey covers over 200 researchers, academicians, practitioners, university students, society members, and government agencies in the field of autonomous vehicles. It includes the members of IEEE’s Intelligent Transportation Systems Society.

Sensors, followed by software, Advanced Driver Assistance Systems (ADAS), LIght Detection And Ranging (LIDAR), and GPS would be the key influential technologies for the acceptance of driverless cars. North America takes a handsome lead to be the region that could see the highest adoption of driverless vehicles while Europe takes the second place and Asia at the third place.

Major hindrances for the driverless cars would come from legal liability, policy makers and consumer acceptance, while factors such as technology, roadways/infrastructure and cost would play a minor role.

Industry wise, most of the respondents believe that agriculture sector could be the biggest beneficiary from the technological advances due to the popularity of the driverless vehicle.

Having well-defined digital maps of the road is vital for the allowing autonomous vehicles for safe plying. Around three fourth of the respondents believe comprehensive digital map of the world would be available within the next 15 years.