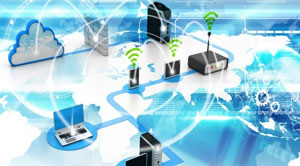 FREMONT, CA: Indiana Fiber Network, a network service provider has announced a major multiyear network expansion plan to upgrade IFN's statewide core network so as to support transport bandwidth and improved network reliability through the utilization of a meshed architecture.

"Our financial investment within the State of Indiana is truly noteworthy. IFN has over $75 million dollars of Capital Investment in Indiana. We expect to increase that in the next five years to over $100 million dollars in fiber plant and equipment," says Ron Galle, Chief Financial Officer, IFN.

"IFN's fiber network in 2015 will feature 100GE Bandwidth options for commercial customers. Until now this option has not been available in most areas of Indiana. As the demand for bandwidth continues to grow, we are well positioned to provide lower operational cost and faster service delivery options to Carriers and Enterprise customers," says Kelly Dyer President and CEO, IFN.