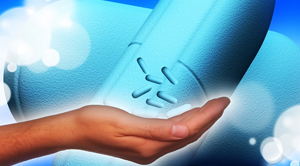 Developers can utilize quantitative strategies to identify the sub-populations for further testing, and also the potential biomarkers can indicate the efficiency of the process. Adopting quantitative approaches in the early phases of development can aid in alleviating the risks involved in the clinical efficacy of the primary and surrogate endpoints.

Model-based meta-analyzers can integrate the information regarding biomarkers during the discovery phases to form a framework. Early phase data about the biomarkers can assist the developers in forecasting and simulation. Biomarker strategies can not only aid the developers to identify the clinically relevant endpoints but also to form suitable rules for interim decision-making. The information acquired from the early stages of the trial can be used to investigate the operation of biomarkers as surrogates for clinical responses, while at the same time ensuring patient safety.

The decision rules can identify the requirements of interim analyses in the later stages of the trial. A combination of multi-arm and adaptive strategies can be used on the selected subpopulation for ensuring the suitability of the drug. The adaptive enrichment design based on the stratified subpopulations can aid in determining the continuation of the trial.

When developing drugs for complex conditions, it might prove useful for specific subgroups. In this case, the developers often form a hypothesis on the molecular pathway and the activity of the drug to identify the biomarker signature and predict the potential reaction.

Developers can leverage advanced analytical solutions to identify the correlation between the molecular variables. The visualization tools of the principal component analysis (PCA) can be used to narrow down the candidate biomarkers. The technique involves the utilization of learning clustering algorithms to refine the biomarkers and minimize the heterogeneity and cluster complexity. It can also be used to validate the results of the trial through the semi-supervised clustering. Hence, the biomarker-driven analysis can help the developers in targeting the most efficient subgroups for the trials.