Influence of Social Media on Healthcare 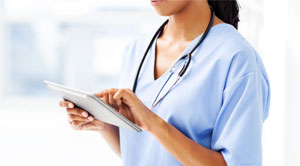 When a study showed that an average American spends over two hours a day browsing social media sites, strategists in the healthcare industry lost no time in leveraging it to reach out to their target audience. Also, social media is said to account for 30 percent of the online transactions, proving to be advantageous for the healthcare sector.

Some of the areas where healthcare uses social media to its advantage are:

With consumers preferring videos over textual content, healthcare has begun to produce videos to educate patients in areas like the various precautions that need to be taken during a cardiac arrest or on the ways of using new types of inhalers released in the market. The impact of these videos has largely been positive.

By allowing users to share their reviews on products and services offered by various organizations, social media provides a reliable source of information for consumers to decide whether or not to engage a particular organization. As negative feedback can impact the reputation of an organization or any of their products/services, social media presses upon healthcare centers to be more competitive and consumer-friendly.

Platforms like Facebook and Twitter have allowed individuals with a good user following to influence other users. Marketing strategies involving social media influencers are known to have delivered 11 times more ROI than conventional channels for organizations.

Healthcare companies are also leveraging the live stream feature to generate user interest about their upcoming products or services, prior to their release. The strategy promises quick returns for organizations by prompting users to try the new offerings before recommending them to users.

Social media is expanding with organizations working in all realms of life utilizing it to reach out to their target audience.