Innovation in IT and Data Science for Analytic Deployment 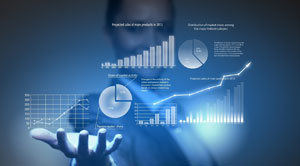 There has recently been a modular approach to building models with a monolithic architecture. Since the elements used are interdependent, the data scientists need to use trade-offs. The inception of architecture that is modular has brought the opportunity for models to have the ability to be configured in order to be able to adapt to all data sciences, and IT requirements.

Setting aside the changes present within the architectural framework of the building models, a shift with format of model interchange has been observed, which is used by data scientists and IT. Predictive Model Markup Language (PMML) is used to make the scalability of scoring engines easier, while not compromising on the safety features. Portable Format for Analytics has been more widely used, although the use of PMML has still been significant while encountering certain challenges in the interchange format of the model. Common language is used to ease the transition from development to production.

The transition from development and production has been more innovative and effective with the rise of new solution created for the same purpose. One of the innovation was that of Open Data Group which helped in paving the path through the exclusive use of agnostic scoring engines. The use of agnostic scoring engines has been able to mitigate the limitations that are faced by data scientists and IT teams, during the deployment of models into production. Since no tradeoffs are required, the engines used have the capability to be coupled with any language, which proves its flexibility and ease to use, learn and understand.