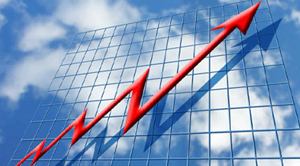 Fremont: The fifth annual survey of Strategy Meets Action (SMA), an advisory and consulting firm for the insurance industry has come up with the results of their recent study titled 2014 Insurance Ecosystem: Insurance Technology Spending and Drivers and Projects. It details the increasing faith of the insurance industry in the IT solutions and how it has expanded their investment options over the years.

This growth and optimism has come from the same industry which was once slashing off its budgets and employees. For 2014, an average increase of 3 percent over the previous year is anticipated, and insurers are planning to spend even more on IT during 2015 and2017.

Check out Latest Whitepapers on Banking and Insurance Industry

The study also makes note of the nature of investment. They appear to be long term visions and transformation initiatives.  Their study in 2009 revealed that only 13 percent of the companies were in transformation mode which has grown to 32 percent in the year 2014. Statistics also show a 10 percent increase in the total expenditure by insurance companies and is expected to continue till 2017, especially the IT budgets.

The industry has been experiencing a wave of replacing or modernizing policy, billing, and claim systems for the past five years. The core system has also been changing all the while with insurers viewing it as an opportunity to position themselves for the future growth. The study comes to the conclusion that the driving forces behind the changes are the customer and agent experiences. The companies have also placed high priorities for analytics and mobile technology.

“Our research highlights unmistakable trends in the insurance industry-IT initiatives are having a broader impact on companies than ever before,” said Deb Smallwood, founder of SMA. This makeover will enable the companies to erect a foundation for a more responsive company, one that can respond to market requirements, capitalize on innovation, and influence technologies such as mobile, analytics, and cloud computing.

The findings based on a survey of 100 insurance executives, show that it is good time for the IT solutions as well as insurers.