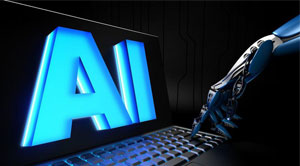 Ever since its inception, eSports have been a blessing in disguise for gamers who dig playing and competing in multiplayer video games, particularly between friends or professional players. Real-time strategy, first-person shooter, fighting, and multiplayer online battle arena are some of the common genres associated with eSports.  Some of the games that top the charts in 2018 include Dota 2, Counter-Strike: Global Offensive, League of Legends, Hearthstone, and FIFA 18. Recent reports showed that the global eSports market was valued at nearly 493 million U.S. dollars and is estimated to reach 1.65 billion U.S. dollars by 2020 as upcoming technologies continue to fuel its growth.

Like any other industry, the eSports market also is not oblivious to emerging technologies such as artificial intelligence, machine learning, and IoT among others. In fact, AI was first featured in video games back in 1947.  Over the years, these tech innovations have played a major role in the burgeoning business of eSports wherein, technology directly translated to additional players, advanced gaming capabilities, and more spectators.

Startups such as AI Gaming aim to use the world of gaming to develop smarter AI-based bots which promote players to create challengers rather than playing against a pre-programmed character. Also, players who create the smartest bots in the games will be rewarded with cryptocurrencies which push gamers to think outside the box and build the technically advanced bots. Although these aspects are fairly new in the gaming world, it certainly paves the way for a new category within the eSports industry where AI developers are competing against each other to see who is the better programmer and who can bring in a higher entertainment value.