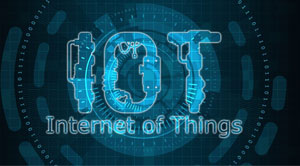 The traces of digital evidence have become valid in court proceedings, as people leave an increasing quantity of digital traces of their daily activities with the use of technology. And the digital proof can be the primary source of truth before the law, with the introduction of IoT-based devices, which can gather microscopic information. Mostly, personal data is used to improve business and governmental organizations' services. However, since newer technologies allow us to gather more reliably accurate data on every live person, the data collected can be used for a variety and digital evidence of other applications.

In many cases, eyewitness accounts have not been a leading source of truth, where a signed contract is typically enough for a reason. But people have proven to be unreliable witnesses when it comes to investigating and gathering evidence. The misidentification of eyewitnesses is contributing to more than 70 percent of misconduct in America, which is subsequently overruled by DNA data. Testimonies of crimes which give evidence based on memories are also untrustworthy because it has proved malevolent. To mislead and defraud the arbitrators even the signed contracts are often reported to be falsified, and such efforts can at times cheat the law. In short, traditional ways of recording events have proved wrong since they depend primarily on people who are susceptible to errors, prejudice, and change over time.

The advent of IoT increases the volume, variety, and truthfulness of big data that can be collected by each person. IoT can gather much more than just location and identity through a dense network of sensors, but will also gain necessary information concerning the actions taken by individuals. Sensors attached to automatic vehicles or placed in smart homes can collect details about human activities, and this data collected by cameras and personal appliances could be further, be given, a new dimension of evidence.

Although it's a human judge who gives justice or human officers making an arrest, it has to be done, with utmost certainty. This assurance should be based, on objective facts. These facts can become ever more valuable in the future. Indeed, the multitude of evidence collection tools can even deter potential criminals and prevent crime to maintain law and order, highlighting the IoT prospects in the field of digital evidence.