IoT is Imperative for Industrial Growth 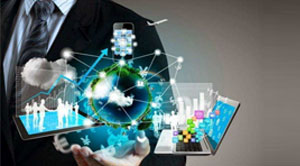 The Internet of Things (IoT) refers to the billions of devices that are now connected to the internet and is one of the core elements of Industry 4.0. Well, businesses owe a big thanks to these cheap processors and wireless networks as it is now possible to transform anything and make it a part of IoT.  The innovation acts as a mediator and has merged the physical and digital world thereby enabling the communication amid humans and machines.

1.  Preventative Maintenance: One of the critical roles of IoT in the industrial environment is in the area of preventative maintenance. The application is straightforward and convenient, and industries deploy IoT devices such as vibration and wear sensors to measure the stress and usage of industrial equipment. The sensors collect the data and communicate with the endpoint in the cloud which is then processed by an AI system which tells when the maintenance will be required. The technology cuts the maintenance cost and reduces downtime by servicing the equipment ahead of time.

2.  Fleet Management: IoT has prominence in fleet management whereby it is integrated with GPS locator enabling IoT devices to communicate its location back to the company via a cellular network. This technology is usually adopted by businesses that have a large number of vehicles such as trucks, rental cars, aircraft, ships, etc. Additionally, vehicles with advanced sensors track information like travel speed, engine temperature, and fuel and battery level.

3.  Building automation system: Apart from its contribution in heavy machinery and big fleet vehicles, enterprises are adopting this innovation for building management purposes and use- motion sensors, cameras and other security devices connected through a shared network. There is a central console that automatically adjusts the temperature, lighting, elevators and the HVAC systems based on the current occupancy; it is an eco-friendly approach which also reduces the operational costs.

4.  Smart Agriculture: Farmers are deploying IoT devices on the field with an effort to opt for a smarter and a modern approach towards farming. Precision navigation and tracking systems have enabled farmers to practice precision farming, optimize harvesting for maximum yield. Additionally, sensors present in the soil can help in ensuring moisture and nutrient contents that transfers the data to the farmer’s computer giving them more detailed information of the field.

And as networks are becoming more robust and secure, the proliferation of IoT devices will usher in an era of interconnectedness which will further revamp the industrial structure.