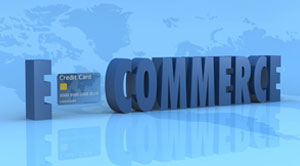 Over the years, enterprises have witnessed a gradual proliferation of consumers transcending from brick-and-mortar stores to e-commerce. In 2017, the aggressive growth of online shopping threatened the retail market as it accounted for 9.1 percent of all retail sales generating over 115.3 billion dollars according to the U.S. Census Bureau. However, it was recently discovered that e-commerce has slowly been boosting a lesser known vertical of retail—the secondary market, the enterprise of returned goods.

Although e-commerce is popularly known for disrupting retail, it is a significant contributor to the secondary market.  The second wave of retail begins when products are returned to retail outlets, which later is sold at wholesale stores, dollar stores, flea markets and online auctions. According to Forbes, the retail consensus is that 8-10 percent of all purchased goods in the U.S. are returned. The return rate for online sales is much higher, ranging from 25 to 40 percent. As such, the secondary market is one of the fastest-growing enterprises in the U.S., valued at 554 billion dollars as of 2017 from 310 billion in 2008, which is a 79 percent growth in eight years. Though it is hard to determine the cause of this development, reverse logistics can undoubtedly help revive the retail industry.

Along with the retail market, industries such as real estate were also affected by e-commerce. Many brand outlets, malls, and retail companies abandoned their properties as they either shut down or went bankrupt due to lack of income. Such property owners can now benefit from the secondary market as many warehouses and low profile retail properties would be required in the foreseeable future.

SuperUp: A New Mobile Experience That Changes the Way We Shop

Corevist: Ushering in a New Era of B2B E-commerce

EnterpriStore: One E-commerce Program Does Not Fit All!

moltin: Power of E-commerce through APIs

Magento: Architected for the New Era of E-commerce Innovation

ideaLEVER: Delivering Expertise to Transform Any Business into a Global eBusiness