Is Moving Data Analytics Harder Than What Meets The Eye? 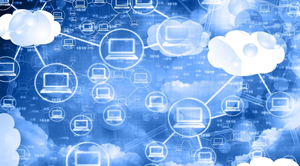 Traditionally, enterprises relied on data warehouses and data marts to store and analyze data. This method was proved inefficient over time as the data stored was old, costs to maintain it were high and the processing was cumbersome. Now, global businesses have moved to a modernized version of data storage which is not only reliable and fast but is also cost efficient—cloud. Today, the enterprise arena is driven towards the capabilities of cloud and cloud-based data analytics. The new arsenal of data storage has the ability to perform tasks real time, allows databases to operate at high speed, enterprises of all sizes can adopt of all sizes, and importantly it can be combined with emerging technologies such as predictive algorithms and machine learning. However, despite several advantages, the shift towards cloud-based data analytics could be longer and harder than what meets the eye. Many failures have occurred wherein the technology failed to meet expectations and volumes of data itself became a problem causing cost overruns. So what are the reasons behind these newly surfaced issues?

Although IT behemoths such as AWS, Microsoft, and Google provide their own technology to move data from enterprises to the public cloud, it is harder than projected to move several petabytes from one place to another. Secondly, shifting data to a cloud doesn’t change or solve any of the integration challenges faced by businesses. As few records remain on-premise, it needs to be synced with the data in the cloud regularly to get precise results. Finally, due to the security subsystems in the databases, enterprises would require integrating all existing systems with the cloud to receive data in real time. So, enterprises must be prepared for project delays, depleting budged and high chances of failure.

Matillion: Reinventing How Businesses Get Their Data to the Cloud

Burt: Smarter data reporting and analytics for the media industry

Genius Avenue: An Intelligent Data Integration Platform for Benefits Industry and Beyond