Is Quantum Computing the Future of Technology? 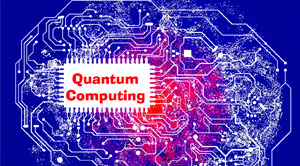 Scientific developments have escalated to a certain stage where experts anticipate the processing and memory functions of computers to be powered by atoms. As proven by time, the smaller a computing device gets, greater becomes its efficiency. If comparison be drawn between computing technologies of the modern day and the past, it’s evident that a smartphone of today can outperform a military computer used in the Second World War.

However, problems exist in the switching and memory units of smaller devices that can increase multifold as quantum computing takes over.  Therefore, a radically different approach in the budding stages is one of the pre-essentials in making smaller and powerful computers. The processors used for quantum computing will be able to work thousand times faster than the ones in use today. But the only difficulty in bringing this concept into life is that, it is massively complicated than the traditional computing methods. Some of the esteemed institutions contributing in the development of quantum theory include Oxford University, IBM, and the Los Alamos National Laboratory.

Quantum theory also known as quantum mechanics or quantum physics was first studied by Max Planck. He introduced the concept of quanta, which according to him is a discrete packet of energy or charge. Quantum theory therefore is the theory of particles isolated from their surroundings, and is based on the property of absolute imperceptibility which is in contrast with the principles of composite objects.

Some of the observations in the field of quantum mechanics are incomprehensible even to the scientists, that it cannot be explained in simple terms. “I can safely say that nobody understands quantum mechanics,” said Richard Feynman, the winner of 1965 Noble Prize for Physics. A rough understanding of the quantum theory however requires a significant knowledge of atomic theory and the Uncertainity principle.

Further developments in the quantum mechanics space led to the proposition of theories that defined particle as something that cannot be assumed to have specific properties. It also characterized the movement of elementary particles as inherently random and therefore unpredictable. This non-existence of objective reality was related to the principle of superposition which states: The resultant of similar vector quantities at a point is function of the sum of their individual quantities.

The theory can be illustrated with Schrodinger’s Cat analogy in which a cat is locked inside a box with radioactive element that emits harmful radiation. Now unless the box is opened and the cat observed, it can be assumed that the cat is both dead and alive at the same time. This according to quantum law is a superposition of states.

While quantum computing presents a plethora of possibilities in solving computational problems, classical computing is only a miniature subset of the same. Functions essential for a scientific breakthrough that can be performed using quantum theory are the simulation of mechanical processes in physics, chemistry and biology, in which classical computers do not succeed. Classical computers store information in the form of binary digits 0 and 1 whereas quantum computations are performed by unitary transformations on information stored as quantum bits—which can be in the form of 0 and 1 and can even exist as a superposition of both. The superposition theory in quantum mechanics generates enormous computing power. It is explained by the ability of a qubit register to store all of the binary configurations simultaneously, which is quite against the classical computing method that stores only one at a time.

As discussed earlier, the most important feature of the quantum programming is qubit, which can take the binary values 0 and 1 at the same time. This enables the computer to perform more than one calculation at the same time. Quantum programming is an architecture independent programming that will allow complete implementation and simulation of quantum algorithms.  It will be able to perform complicated mathematical calculations such as factorization of large numbers and provide solutions in a flashing speed. The first algorithm for quantum computing was developed by Peter Shor that performed factorization using number theory to estimate the periodicity of a large number sequence.

However, programming a quantum computer varies widely from that of traditional computers. Here the user keys in a query and the processor considers all the possibilities to come up with the most excellent outcome. Since quantum computers function on the theory of probability, the computer will return many positive answers in the shortest time. User will be able to choose the optimal solution and also the best alternative from the many options available. Although today’s machines are not prepared for most of the practical applications on quantum mechanics, efforts are underway in designing futuristic devices which will be easy to program.

Quantum Computing: The Future of Computing 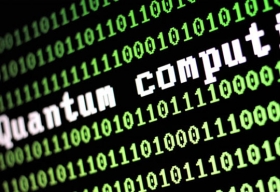 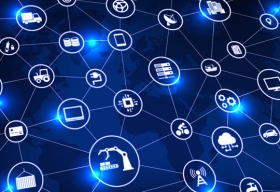 Is Quantum Computing a Threat to Blockchain? 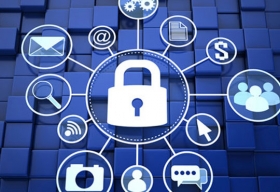 Governments to align themselves with the Quantum Storm