It Is About Time Enterprises Began Embracing Virtual Reality 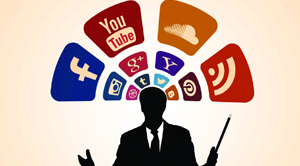 It has become a trend in the recent past wherein many establishments, especially those among education, hospitality and real estate sector have begun embedding 360 degree panorama/video tour of their premises atop homepages. Leveraging this trend essentially implies imparting a Virtual Reality (VR) experience. And forecasts clearly indicate that VR would redefine web experience. CMS platforms like Wordpress (which claims to power 20 percent of the world’s websites) already boast plug-ins for embedding VR ready immersive content.

A WebGL compatible browser such as Safari/Firefox for iOS (9.1 or greater) or Firefox/Chrome for Android, enables mobile users to experience Virtual Reality (VR) web browsing with a mere tap on the ‘VR’ icon button. The irony is that desktops, which was once the only door to internet, has now made way to handheld gadgets and ‘headgears’ for VR, the inevitable revolution that is set to perch on the internet. The screen interface of desktops confines VR 360 degree videos by restricting their flagship flexibility to clicks and drags of the mouse. However, applications that offer Virtual Desktop for VR gadgets such as Oculus Rift, Samsung Gear could render the reincarnation of desktop environments in the VR realm.

The world is on the verge of witnessing yet another massive tech disruption. The incoming swirl would bring us closer into a digital realm which would challenge our senses. VR, Augmented Reality (AR) and Artificial Intelligences (AI) have long been in the anticipatory radars of analysts, enthusiasts and skeptics. Now, expectations have begun to manifest as evidence; numbers indicative of initiatives, investments and offerings are showing up in the horizon. A wave of innovation is all set to lash, assuring to restructure the whole approach of internet based platforms as we’ve known and used. CIOs of the enterprise realm shouldn’t miss out on the opportunity to drive revenue that results from an inevitable and seemingly inside out change. In the resulting ecosystem where unprecedented competence is a certain outcome, the ‘first come first serve’ methodology assures an edge.

Augmented Reality and VR attempts to remove the ‘bottleneck’ of screen interface making information pour down from ‘all around’. The e-commerce sector in specific could tap in to number of innovative possibilities in exploiting these technologies. Not to mention the visual revamp that movie industry would offer. Although gaming and porn industry may appear to be on the lead as far as consumer offerings are concerned, tech labs of corporate behemoths like Google and Facebook have already paved their roadmaps that go well into the future. Google’s latest version of its mobile OS, Android Nougat has been incorporated with features that endorse VR; which is indicative of the company preparing to dominate the tech’s market reach. From the viewpoint of enterprises, the possibilities in advertising and enhancing customer engagement are the big bets. When mobile users began surpassing their desktop counterparts in terms of page views, there was frenzy among website owners to go ‘mobile friendly’; a similar yet more impactful paradigm shift is inevitable with the penetration of VR among the masses.

While VR based marketing initiative are yet to see the light of the day, rendering existing websites VR ready is in itself a way to stay ahead of the curve. JanusVR is a free, community driven web platform that aims to reinvent websites for VR. “Have a website? Put some special code into it and watch it come to life. Also, give the Oculus Rift a whirl in Janus!” reads the description of JanusVR Subreddit. Its official website reads, “Websites become immersive spaces linked by portals, where users can explore, collaborate and create content on a platform that builds upon the open internet.”

From an appearance perspective, HTML and CSS forms the bedrock of all websites as we know it. The former has had an impressive maturity over the years. The HTML 5, when launched was a major leap from its predecessor. Hassle free database management, multimedia embedding, cross platform support and more importantly, it turned out to remove a huge headache that designers and developers had in making websites compatible to mobile. The Mozilla Foundation, which aims to enlighten the internet with a collective, non-profit and open source approach, hopes to enable web developers to create VR experiences using languages (such as HTML and CSS) they already know while simultaneously being able to reap the benefits of using their open WebVR API in conjunction. MozVR, the team behind Mozilla’s VR initiatives hopes that in-time there would be a widespread adoption of WebVR API (which utilizes WebGL API for rendering interactive 3D and 2D graphics) in major browsers.

In a guest post on roadtovr.com, MozVR engineering director, Vlad Vukicevic and UX lead Josh Carpenter writes, “We want users to have a seamless, friction-free experience on the Web, whether browsing existing Web content or new VR content. We also want developers to have a clear path to creating new fully-immersive VR web sites as well as adding VR elements to their current sites. Finally, we want all of this to work on the widest possible range of hardware, as one of the strengths of the Web is its ability to scale from the lowest end mobile phones to the highest end desktops.”