Java Messaging Service: A Catalogue of the Top Use Cases 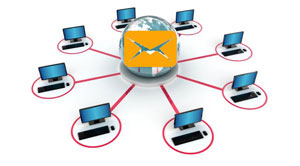 The utilities of Java Message Service (JMS) are widely acknowledged, thereby making it a crucial Application Programming Interface (API) platform that is applied in several programs today. Through the use of Message-Oriented Middleware (MOM), JMS creates a systematized and effective network across different applications for digital interface. There are numerous vendors who deploy the JMS API to enable Java systems to communicate by means of a reliable interchange of asynchronous messages. Asynchronous messaging prevents the application from crashing due to glitches that might break the regular flow of messages.

Going by feedbacks procured from JMS users, it has been observed that it is best suited for large web applications. One of the most preferred use cases for JMS happens to be the widespread integration of various systems and applications in heterogeneous platforms whereby one can avail a whole lot of services. Many business-oriented and open-source messaging systems are now found to leverage a built-in channel that can convert a message sent via JMS to a common internal message layout so as to impart uninterrupted connectivity between Java and such other languages. An obvious specimen of messaging system that invariably functions on JMS is ActiveMQ. However, what makes this system unique is its allocation of a native API that can be accessed by clients who favor non-Java messaging.

In the JMS structure, clients have the facility to generate as well as receive messages. Their task is to administer the navigation and delivery of messages to their exact location. It must be noted that these clients are more often than not loosely coupled, thus resulting in little or no direct interface among them. However, there is again the option of them communicating over the destination server. The messages forwarded by producers are held in the destination until consumers retrieve them and if not, they get expired. Although there is zero involvement between JMS clients, they are actively connected to the JMS provider leading to a receive-and-acknowledge scenario. Loose coupling and asynchronous communication within a JMS application empowers organizations to be open-ended while executing business workflow practices.

If we talk of challenges, system bottlenecks can be seen as a commonly encountered problem during the processing phase of the JMS application. This happens generally when the pace and load of message requests exceed the normal limit. In such a condition, the MOM comes in handy as it stores of messages on behalf of the receiver and restocks them once the system is recovered. Java messaging is remarkably instrumental in minimizing and at times even eliminating such technical failures. To prevent the accumulation of unnecessary requests, they are transferred to an ancillary system that circulates the requests to numerous message hoarding components. This is how JMS aids in cutting down the gridlocks experienced in case of a single synchronous point-to-point connection.

In addition, JSM effects growth in the overall scalability and accelerates throughput with the help of effectual routing. The key lies in the proportionate distribution of huge volumes of requests across a wide-ranging network within the least span of time. Improving scalability is also possible through the asynchronization of the overall data that the system contains. Separating components in this manner can provide systems with a parallel growth, barring hardware assets being the chief restraining factor. However, there can be innumerable message listeners on a single queue to map as many messages at a time as possible but the crisis arises when the database fails to record all the concurrent requests.

Furthermore, the mode of asynchronous messaging employed by JMS consequently enhances the productivity of the end user. It is fruitful in obtaining instant response in terms of request orchestration. The user will automatically receive updates regarding the status of their request–if it is completed or is in the stage of processing. By implementing this strategy, the user can save a lot of his time thereby yielding more output. In current times, this tactic is utilized by various front-office operational systems–as an interface between their application and back-end systems for increased efficiency as well as maximum adaptability.

As mentioned already, messaging as a technique entitles an organization with the power to adjust to the persistent changes. In other words, JMS impacts the design of an enterprise as a whole by augmenting architectural agility and flexibility. Decoupling and abstraction is the answer to this concern; users can quickly react to the ongoing shift in trends so as to substitute existing components with newer, more advanced systems. Thus, even with the plethora of uses for JMS, it is highly essential to keep track of the developing trends in the market and to not just identify them but actually put them into action for efficacious results.