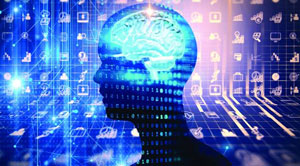 The chief concern of criminals while stealing funds is that the transactions should not be traced back to them. To prevent this, banks spend an estimated £5 billion annually in combating financial crime, the major chunk of which goes into detecting and reporting suspicious activity. Transaction monitoring becomes increasingly important, and attempts are being made to integrate machine learning and artificial intelligence (AI) with the intention of improving current practices.

While data analytics and machine learning are popularly seen as aiding transaction monitoring in preventing money laundering, there are several other AI-driven methods that can also prove useful. This includes anti-impersonation checks and identifying potential high-risk customers to pay close attention to their transactions and look out for suspicious activity. Machine learning can complement human judgment – they can track the cases that need special attention and direct users to them. While these are mere probabilities, they direct people to a narrow range of cases, allowing for better focus on the same.

A major complaint of banks is that even after filing a suspicious activity report; they get very little information from the police. While AI helps in recognizing the suspicious activity,—the combination of AI and human intelligence helps in tracking criminals. Gradual progress is being made, as is evident from the Joint Money Laundering Intelligence Taskforce, a group comprising several banks and law enforcement agencies, which allow increased coordination between police and banks, thus increasing the assessment provided to machines.

Further, individual institutions not only have limited information but cannot share suspicions about customers with each other. Increased sharing of information between banks could go a long way in identifying potential suspects.

AI can improve the effectiveness of the machine’s human counterparts. While these technologies improve and advance with time, it can aid in the ultimate goal of keeping finances secure.