Key Factors to consider while choosing between Microsoft Office 2016 versions 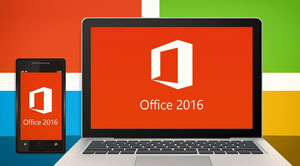 The release of Microsoft Office 2016 for both Windows and Mac consolidates Office’s stature. As the “go-to tool” helps users to put their best work forward with documents, analysis tools and presentations. The updated version of Microsoft Office 2016 works perfectly well with Windows 10 to create the best user experience. When organizations consider deploying Office 2016 in Windows 10 environment, they often find themselves in a perplexed state while making decision between desktop version and the mobile one.

Previously, organizations had to select between a standard edition of Office and a professional one, with core products remaining largely consistent between those versions. But now, with the addition of new variable, decision making process has become quite challenging.  Most of the windows 10 devices today boast the ability to run both the versions which makes it even more exigent. However, if an enterprise is able to differentiate between the desktop and mobile versions of Microsoft Office, it can easily choose the best office 2016 version.

Discussed below are the three major factors that an enterprise should consider while choosing the best Office 2016 version.

Initially, most of the professionals leveraged Office on desktop and laptop computers because Mobile version lacked few capabilities. The launch of updated version of Microsoft Word for mobile brings up the ability to open and edit Office documents on a smartphone anywhere, anytime. This feature takes mobile version one step higher than desktop version and allows user to work from a variety of devices, including tablets and phones.

The mobile version of Microsoft Office comprises fewer features than desktop version, but there are certain features like screen-touch, which is specifically designed to meet mobile users' unique needs. On the other hand, desktop version has many features that users work with more often and includes additional features that are commonly not found in Word Mobile. For instance, Word Mobile does not display a document's page and word count at the bottom of the screen like it appears on the desktop version.

When it comes to cost Office 2016 Mobile version is free on Windows devices. Although the Office Mobile apps are technically free, there are certain caveats. Whereas, for desktops, laptops and large tablets, the Office 2016 apps are really just document viewers unless the user has an Office 365 subscription.