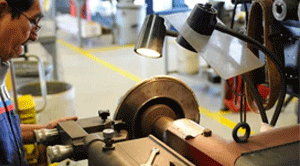 FREMONT, CA: Although automation is a major field with a world of possibilities, little information and awareness have been made available in the section of automation planning. The only information available dwells around the basic outlines of the Computer-Integrated Manufacturing (CIM), its background, and its evolution to Industry 4.0.

The strategies outlined in the Industry 4.0 vocabulary are similar to CIM. The products of the strategy are numerous, including a computer, software, networking, interface, and measurement systems. In the dawn of the automation business, very few major organizations have existed for a long duration of time. The demand for automation started as the government and many other manufacturers requested automated test and measurement systems. The requests were solely based on the fact that machinery needed to be supervised continuously. The first few solutions were machine-to-machine and plug-and-play protocol, which in later stages was standardized into the IEEE-488 communication standard.

The CIM architecture was explained and critiqued from as early as 1980; CASA/SME published a spread of computer-integrated manufacturing to give a set of terms for its members. The ring in the representation of CIM, surrounding the wheel, is represented by the influencing parameters for the development of CIM such as expertise as a human factor, computer technology as a technological factor, and productivity as an economic factor.

The sections on the wheel represented the four functions, which includes engineering design, production control, manufacturing planning, and factory automation. The wheel and its four sectors collectively represent that the individual functions are interconnected to every other sector and field with a common database and integrated system architecture. This has resulted in the realization of CIM, apart from the automation system in the smart factory and functions are independently related to the operational performance, product design, and production planning and control.

Check out: The Manufacturing Outlook